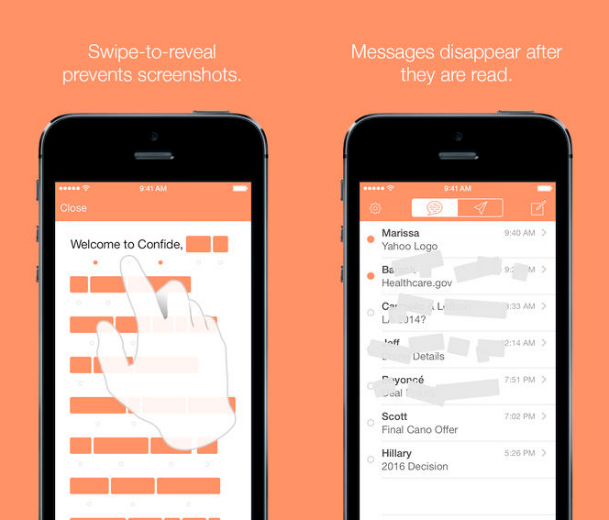 A new iOS messaging application will do for text messaging what Snapchat does for pictures – make them available only temporarily to the receiver, who won’t be able to save a copy for later use – while offering end-to-end encryption as well. Available as a free download in the App Store, Confide will deliver disappearing messages to users by connecting them via their email accounts, GigaOm reports, not phone numbers. In order to access the message, users will have to install the application on their iOS devices.

Taking screenshots of received messages will not be possible, as the Confide app uses a “wand” effect that requires users to pass their hand over the screen to uncover words, which are otherwise hidden. Even so, in case the user manages to take a screenshot of the message, the sender will be notified immediately. A notification will also be sent the message is read. At the same time, the read message will be deleted.

Interestingly, the app has been created with professionals in mind, allowing them to conduct private chats that would not leave traces. The creators behind the app wanted to talk about a third person (a potential employee) without naming him in written messages. “We’re busy and it took us six days to connect,” AOL’s former Jon Brod, one of the app’s inventors, told GigaOm. “Professional relationships require tools for impermanence and confidence. We wanted to take the proven model of meeting for an off-the-record cup of coffee and bring it online.”