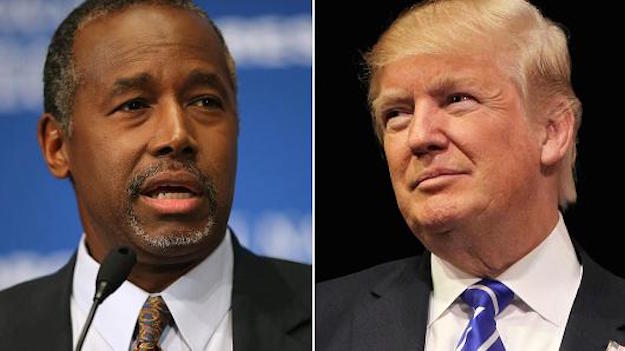 Another week, another presidential primary debate.

This time, the Republican candidates are back at it on the campus of the University of Colorado Boulder, where CNBC is setting up shop to broadcast the debate tonight. All of the usual suspects will be there, including front runners Donald Trump and Ben Carson, both of whom will appear at the center of the stage (and likely have the majority of the questions directed their way).

According to the press release, the debate will be titled “Your Money, Your Vote: The Presidential Debate on the Economy,” so you can probably take a guess as to what the moderators will be asking the candidates about.

As in previous debates, the event will be split into two parts. At 6 p.m. ET, the four lowest-polling candidates — Lindsey Graham, Bobby Jindal, Rick Santorum and George Pataki — will appear on stage together. Once their debate has concluded, Bush, Carson, Christie, Cruz, Fiorina, Huckabee, Kasich, Paul, Rubio and Trump will take the stage at 8 p.m. ET.

Unlike previous debates, you won’t be able to watch this one without an active cable subscription. If you do have a subscription, either watch live on CNBC or direct your browser to CNBC’s live TV page, where you’ll be prompted to sign in.