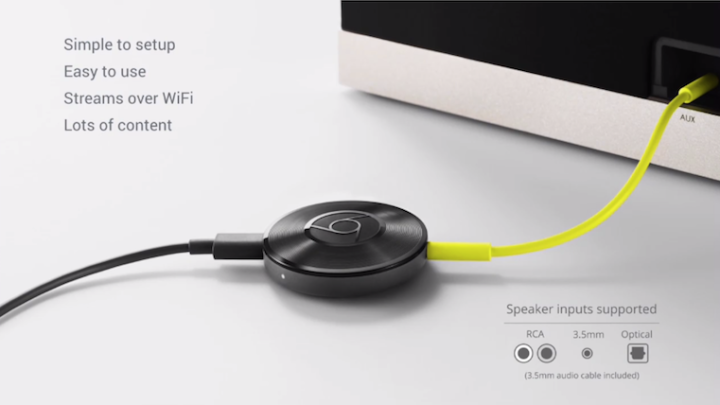 Amidst a slew of announcements yesterday, Google took some time to introduce a new product called Chromecast Audio. As the name suggests, Chromecast Audio is a dongle that can plug into any speaker via a traditional 3.5mm headphone jack and stream audio over a Wi-Fi connection.

Conspicuously missing from the lineup?Apple Music. of course.

In the wake of Google’s announcements yesterday, TrustedReviews asked Google why Apple Music support wasn’t mentioned. As it turns out, Apple didn’t want to play ball.

When asked by TrustedReviews whether Google had requested that Apple support Chromecast Audio, an official Google representative said: “We certainly have.”

Unfortunately, it’s not yet clear why Apple didn’t get on board with the platform at launch, despite Chromecast Audio supporting iOS devices.

The representative told us that Google currently has no bar on any platform joining in, including Apple.

“So iTunes Music. We have an open SDK, and any developer can write to that SDK to support cast,” said the Google US rep, speaking at yesterday’s UK product launch event.

Of course, this shouldn’t come as much of a surprise given Apple’s historic reluctance to work with competitors.

In any event, Chromecast Audio is available today and is affordably priced at $35.