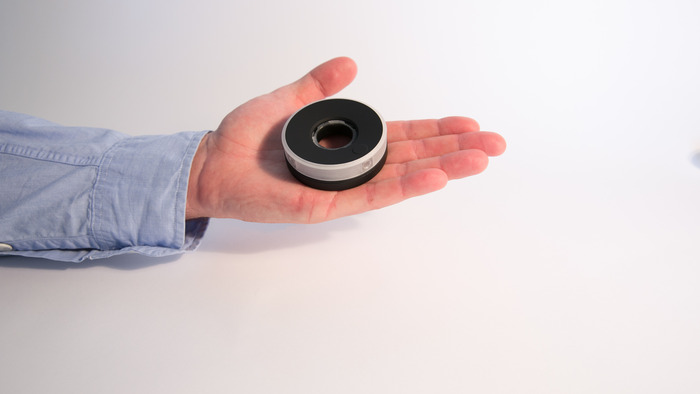 Your smartphone is a totally adequate replacement for a standard point-and-shoot camera, but there are still plenty of limitations holding you back from advanced photography and videography. The designers of the most ubiquitous smartphone camera of all, that of the iPhone, are aware of those limitations, yet want their latest creation to be as portable as a smartphone. Their new invention is called CENTR and it’s a portable, affordable 360-degree video camera that could change the way you record your family vacations, your trips abroad or even your next feature film.

On the project’s Kickstarter page, the team claims that “cameras with similar capability costs over $1000 and requires hard to use stitching software,” but the CENTR will retail for just $399. If you contribute to the Kickstarter campaign, you can pick one up for just $299.

The camera gets its name from its halo-shaped design allowing users to hold the device without obscuring any of the cameras. The device is also easy to open, making battery replacement on the fly a non-issue. A digital bubble level embedded inside CENTR will keep the camera level as well.

The technology inside the CENTR camera has already been thoroughly tested by beta testers and television networks alike. The team expects to complete certification testing by next January, and mass production should begin by February when the first units will begin shipping to backers. Check out the pitch video below: