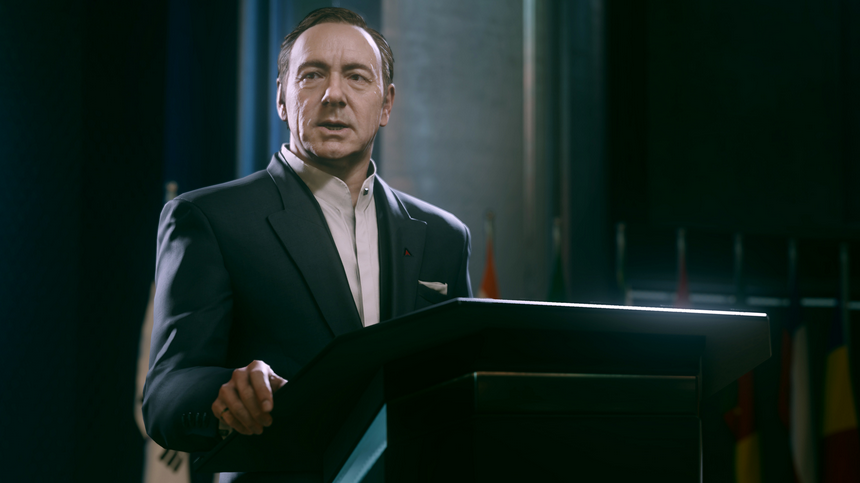 The yearly ritual that is the release of a new Call of Duty has become more than a little stale, but with a new setting, a new story and a villain for the ages, Advanced Warfare might give the series the kick in the pants it needs to become as widely praised as it is widely purchased. In the latest trailer for Advanced Warfare, Sledgehammer Games takes us through the story of its first entry into the Call of Duty timeline.

As anyone who has played Call of Duty in the past might expect, the stakes are unbelievably high in Advanced Warfare. The entire civilization of Earth has been shaken to its core by the first global terrorist attack in history, an attack which stretched five continents and resulted in the decimation of multiple nuclear reactors.

The nations of the world were at a loss, so they turned to the one private military corporation that might be able to keep them safe: Atlas.

“Atlas has the single largest standing military in the world, but we answer to no country,” proclaims Atlas CEO Jonathon Irons, played by the House of Cards star Kevin Spacey. “The truth is we often find that we’re more effective than the governments that hire us.”

As the old adage goes, with great power comes great responsibility, but Atlas’s only responsibility is to itself. Atlas is certainly an interesting force to be reckoned with — it might even give Advanced Warfare the gusto it needs to break free from the tiresome tales of modern war.

Call of Duty: Advanced Warfare will be available on November 4th, 2014 for PS3, PS4, Xbox 360, Xbox One and PC. Check out the campaign story trailer below.