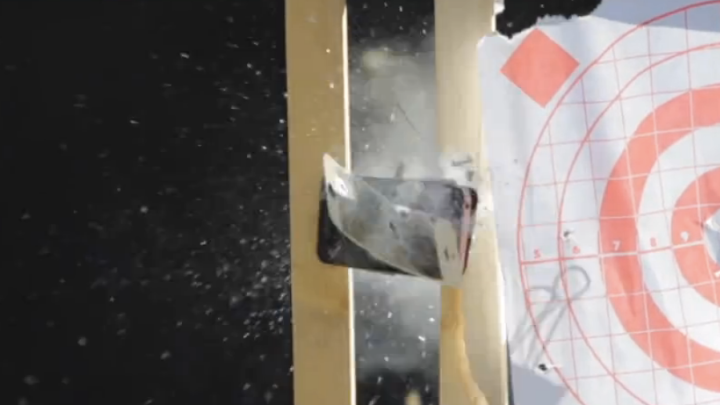 Earlier this week we wrote about the Holy Grail, a new smartphone screen protector that maker Sir Lancelot’s Armor touted as being made from “bulletproof” glass. Yes, there was a reason that we put the words “bulletproof” in scare quotes: While such glass may indeed be the same type of glass used in bulletproof windows, it probably wasn’t strong enough to stop an actual bullet from doing serious damage to your iPhone. And sure enough, Ars Technica has decided to do yeoman’s work by actually firing a gun at a Holy Grail-equipped iPhone… and the results were not pretty.

Ars’s Lee Hutchinson took a friend’s old iPhone 4 equipped with the Grail to a local shooting range and fired more than a dozen bullets at it. Unsurprisingly, the iPhone was completely destroyed by the end of the session and lay in pieces on the ground. Hutchinson concluded that the Grail was not, in fact, bulletproof and that no one who owns one should even be tempted to fire at it while it’s attached to their smartphones.

That said, Hutchinson did have praise for the Grail overall, as he said that it held up very well to being hacked at with a saw and whacked with a hammer. Just because a screen protector isn’t bulletproof doesn’t mean it won’t do a good job of protecting your screen in most ordinary circumstances.

The full video of the iPhone shooting follows below.