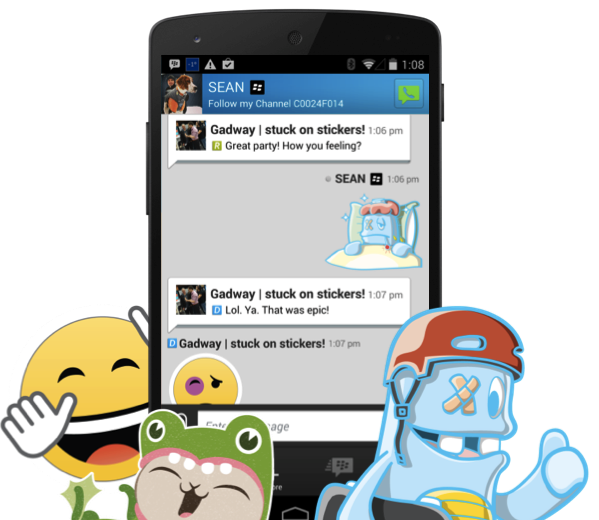 Getting a popular messaging app is one thing — monetizing it is another. BlackBerry has already said that selling ads on BlackBerry Messenger will be at least one part of its strategy to make money from BBM and on Friday the company announced another part: stickers. Stickers are basically little cartoon characters that replace the traditional emoticons in your BBM chats and make them more colorful and expressive. Interested buyers will be able to find stickers in the BBM Shop, a new in-app mobile store that’s currently in beta. In a lot of ways the stickers sound like in-app purchases that free-to-play mobile games have become fond of using as a way to generate extra cash, although hopefully BlackBerry is smart enough to avoid some of the mistakes that EA and other companies have made when implementing such a system.