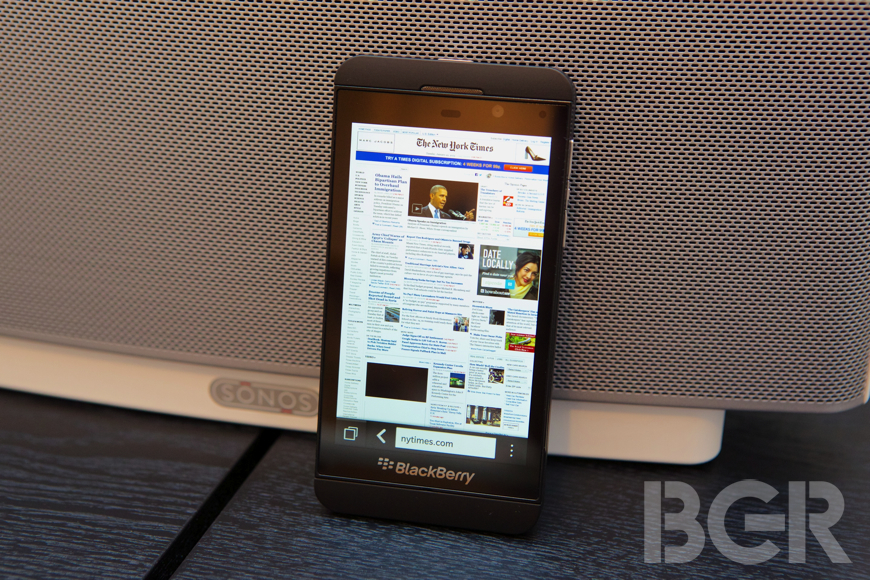 More than a year ago, tests pitting BlackBerry’s new-at-the-time BlackBerry 10 web browser against mobile offerings from Apple and Microsoft saw BlackBerry’s offering smoke mobile Safari and Internet Explorer by a fairly wide margin. Plenty has changed since then — Apple released iOS 7 alongside a major redesign and Microsoft issued some updates as well — but one thing definitely has not; results of new browser speed tests published recently by New Relic show that when it comes to loading web pages, BlackBerry 10 still obliterates the competition.

Historically, BlackBerry users have had to deal with what was undeniably the worst mobile web browser on the planet. BlackBerry sought to change that with its new BlackBerry 10 operating system, and we’re not sure it could have possibly done a better job.

In other words, the BlackBerry 10 browser is more than three times faster than its next-closest competitor.

Apple’s Safari browser on the iPad came in at No. 3 with an average page load time of 4.91 seconds, and no other native web browser was even included in New Relic’s top-9 rankings.

An infographic showcasing the company’s test results follows below.