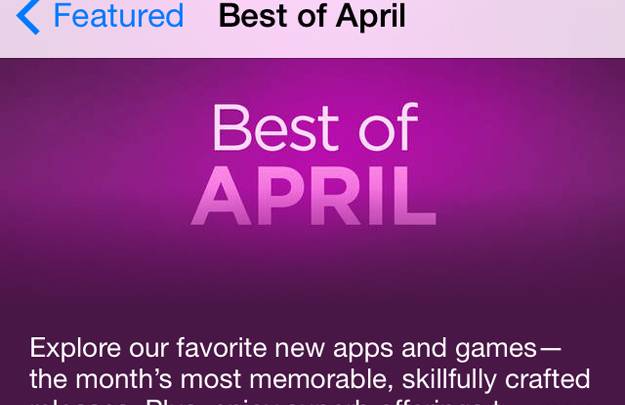 Here at BGR, we often try to help point out great iPhone, iPad and Android apps that are worth checking out. Sometimes we focus on well-designed apps and sometimes we focus on apps with unique and impressive capabilities or even great apps we’re sure most people have never heard of. We always manage to find some gems to share in our stories, but there are other ways to find great apps as well, and now you can see all the best new iPhone and iPad apps of the month right in Apple’s App Store.

Via MacStories, Apple on Friday morning launched a new section in its iOS App Store titled “Best of April.” As you might assume from the name of this new section, it shows off the apps that Apple’s App Store team believes to be the best new iOS apps that debuted in the month of April.

At the top of the new section, Apple highlights the single best app and single best game of the month. In April, Apple says the best new app of the month was The New York Times’ new NYT Now news app, and the best game was Leo’s Fortune, an adventure game with nifty physics.

Apple will likely update this section each month to showcase current apps and games but for the time being, April’s lists can be found among the featured sections at the top of the App Store.