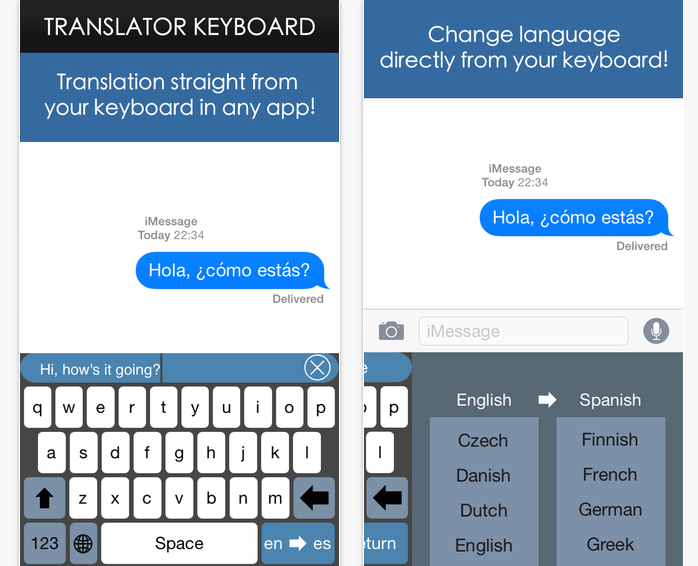 There are a ton of awesome third-party iOS keyboard apps right now — check out SwiftKey, Swype and Fleksy if you’re looking for a place to start — but MacRumors directs our attention to a new one that does something unique compared to the other major keyboard apps we’ve seen.

RELATED: It looks like iPhone users really were desperate to dump the default iOS keyboard

Now, some obvious caveats do apply here. As anyone who has ever used Google to translate articles written in foreign languages, it gets harder and harder to accurately translate English to other languages the further you get away from Germanic/Romantic languages found in Europe. Translating a message into Spanish is much easier than translating it into Thai or Arabic. In other words, we wouldn’t rely on this app to write up international nuclear arms treaties.

That said, for just $1.99 this app provides some very impressive features, although MacRumors does warn that “there are a few minor problems with the keyboard, such as its inability to allow users to backspace or delete content in the main text field (deleting something that’s been entered requires switching to another keyboard).”

Check out the app for yourself at the App Store by clicking the source link below.