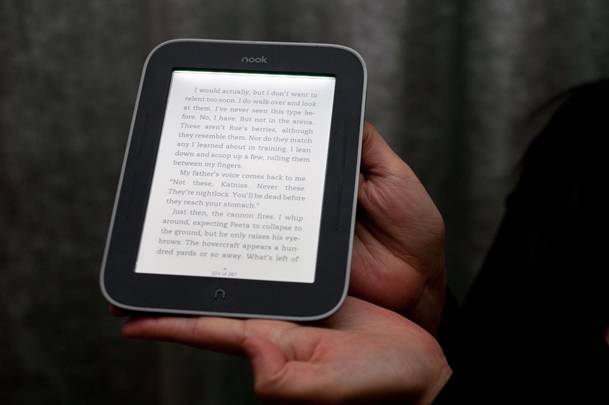 Barnes & Noble on Tuesday morning reported fiscal fourth-quarter earnings that missed Wall Street’s consensus. Revenue was down 7.4% to $1.3 billion while the company doubled its net loss to -$118.6 million. Where Barnes & Noble’s Nook business is concerned, revenue fell 34% on-year to $108 million, resulting in a net loss of $177 million. As was seemingly just a matter of time, the struggling book seller confirmed that it is abandoning its Nook tablet hardware business and will instead rely on a “partnership model for manufacturing in the competitive color tablet market” that will seek third-party manufacturers to build eReaders that run Nook software.

“The company plans to significantly reduce losses in the NOOK segment by limiting risks associated with manufacturing,” Barnes & Noble said in a press release. “Going forward, the company intends to continue to design eReading devices and reading platforms, while creating a partnership model for manufacturing in the competitive color tablet market. Thus, the widely popular lines of Simple Touch and Glowlight products will continue to be developed in house, and the company’s tablet line will be co-branded with yet to be announced third party manufacturers of consumer electronics products. At the same time, the company intends to continue to build its digital catalog, adding thousands of eBooks every week, and launching new NOOK Apps.”

Shares of Barnes & Noble stock were trading down more than 8.5% during Tuesday’s pre-market session.

Article updated to clarify that Nook Simple Touch eReader hardware will continue to be developed in-house.