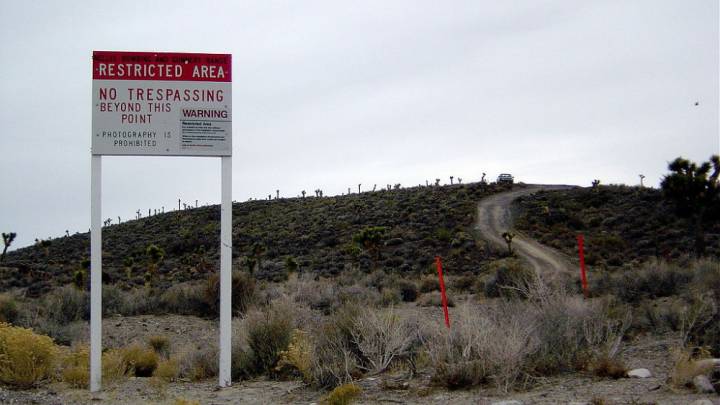 Area 51 is a top-secret U.S. research facility that gets mentioned all the time in alien movies. While we’re still very far from getting any real proof that alien life is actually being studied at the location, which was confirmed as a U.S. secret facility in 2013 by the CIA. But an answer to a much simpler question has been provided by Today I Found Out: Why is it called Area 51?

FROM EARLIER: Video: The Navy has a beastly laser canon that can destroy drones in the blink of an eye

The reason might be more boring than you think. The entire area in the southern Nevada desert has been used by military for advanced training and tests, including atomic bomb detonations during the Cold War, as it offered perfect conditions for such tests.

“In addition to isolation, the 3.5 million acre region around and including Area 51 boasts other qualities that make it an excellent place to conduct secret tests and training,” Today I Found Out writes. “The dry climate provides superior flying conditions, the variety of terrain helps with gunnery practice, and several dry lake beds are available for emergency landings, including, notably, Groom Lake – situated just north of Area 51.”

To keep track of the various test locations for nuclear explosions, the government started numbering sites using the word “Area” and a number. The locations were numbered in an apparently random order, with the Atomic Energy Commission personnel initially assigning numbers for identification purposes.

Thus, anyone “in the know” would know where these various nuclear tests would be conducted.

It’s not clear whether Area 51 was used for such testing purposes, but its name seems to be part of the naming scheme used for the army-related secret tests conducted in the Nevada desert.

The full article explaining the history of the region is available at the source link.