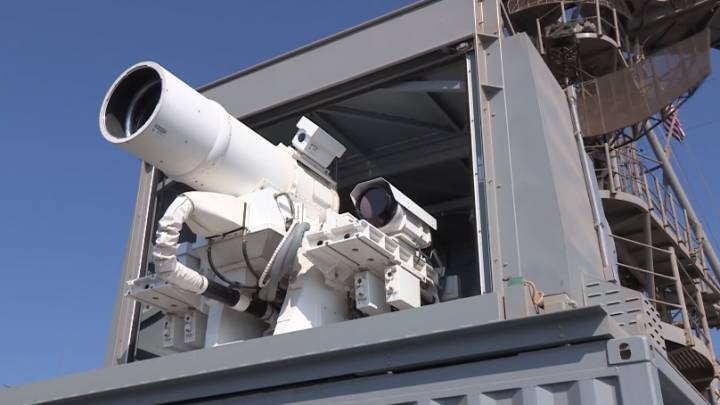 The U.S. Navy has a brand new futuristic weapon it can use to take out a variety of targets, including drones: A 30 kilowatt Laser Weapon System (LaWS) that’s already been designated as an “operational asset” in the Persian Gulf.

The special laser canon has been in development for several years, Business Insider reports, and this year it has been installed on the USS Ponce, part of a $40 million research and development project.

The LaWS can quickly target flying objects such as drones and rocket-propelled grenades as well as static targets, as seen in the video embedded below.

“We ran this particular weapon, a prototype, through some extremely tough paces, and it locked on and destroyed the targets we designated with near-instantaneous lethality,” Rear Admiral Matthew L. Klunder said. “At less than a dollar per shot, there’s no question about the value LaWS provides.”

USS Ponce has received permission from U.S. Central Command to use the weapon for defensive operations.

The Navy wants to further bump up the laser’s power and is working on 50kW and 100kW versions.

And yes, it looks like LaWS operators need a console-like controller to operate the machinery, as seen below.