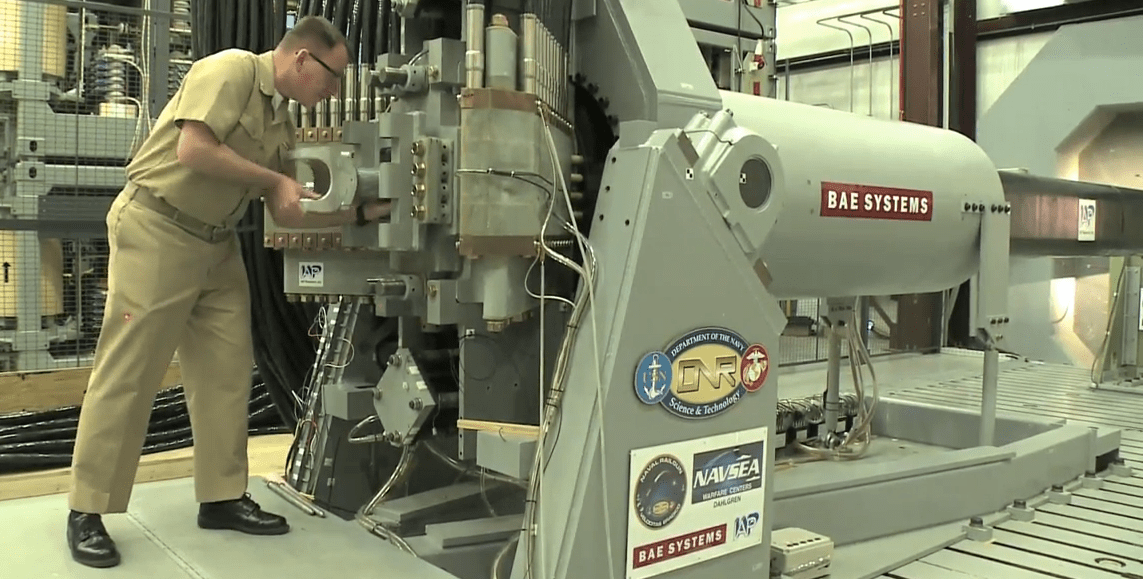 The United States Navy is set to deploy its electromagnetic railgun on one of its joint high-speed vessels (JHSV) in 2016. According to the Navy, the weapon uses “an electromagnetic force – known as the Lorenz Force – to rapidly accelerate and launch a projectile between two conductive rails.” The railgun will be able to fire projectiles at a much higher velocity than current weaponry, obviously allowing them to travel much greater distances.

The railgun ammunition is also able to maintain velocity for much longer, which means it will not require a “high explosive payload” when it reaches a target. The Navy says this will make its ships safer because they won’t have to carry as many explosives on board.

The railgun has been in testing since 2005 and will still be in developmental stages when deployed on the JHSV, as JHSVs are non-combatant ships. Once it is ready to go, the Navy says the railguns will be able to launch “guided, multi-mission projectiles to a range of 110 nautical miles.”

For now, though, the Navy has released a video demonstrating the lethal power of this incredible new class of weapon, which you can view below: