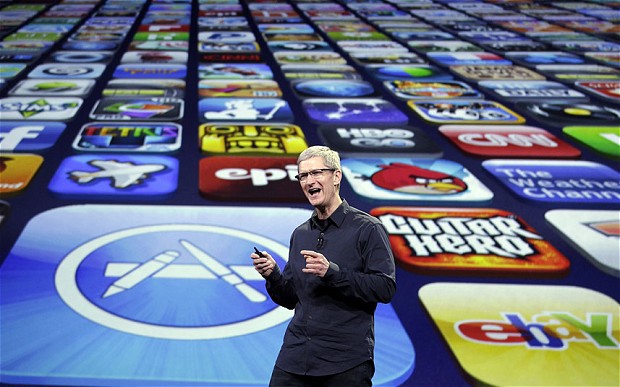 Remember this past fall when Apple unveiled the Apple Watch and sold a record number of iPhones thanks to the release of the iPhone 6 and iPhone 6 Plus? Well, apparently all the excitement generated by all these events has completely dissipated as Apple is being called “boring”… again.

Engadget’s Aaron Souppouris has taken a look at some of the big announcements that Microsoft made this week and has found that they all thrilled him in a way that Apple’s recent product events haven’t.

“Apple is the mid-2000s Microsoft,” he writes. “Its revenues are as healthy as ever, but it’s become a company that seems to make things just because it has to, that doesn’t take risks, that plays catch-up. The closest it’s come to a really exciting announcement in recent years was the launch of a niche pro desktop PC.”

It’s true that in some areas Apple has definitely been playing catch up: It took the company a long time to finally release a large smartphone of more than 5 inches, for instance. And although the Apple Watch has a completely unique UI compared to other smartwatches, it still wasn’t the first smartwatch to hit the market.

There’s a difference, however, between Apple and mid-2000s Microsoft: User enthusiasm. By the mid-2000s, Windows had completely cemented its monopoly on the desktop platform market and had damaged its brand with the release of Vista, which is in the running to be the least loved version of Windows ever made. People were desperate for a non-Windows alternative to meet their computing needs and both iOS and Android were more than happy to fill the void.

Apple has definitely had problems with its software releases lately but none of them have significantly damaged its brand yet — in fact, most customer satisfaction surveys suggest Apple fans are as fanatically loyal as ever.

And really, not everything that seems completely innovative, wild and exciting actually turns out to live up to the hype — if you need proof, look no further than Google Glass.