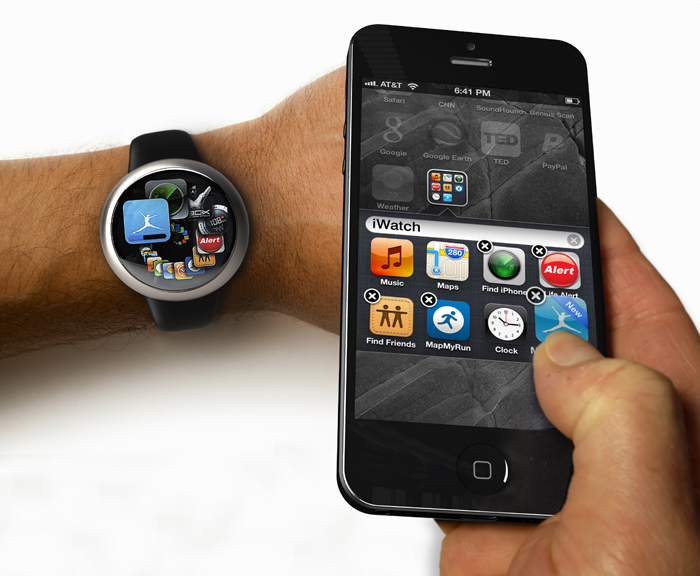 In case it wasn’t obvious that Apple is working on some sort of wearable device, now we have three newly revealed Apple patents that detail features for a wearable computer like the iWatch. The three patents, first noticed by Apple Insider, were all filed on December 14, 2012, and published on Thursday.

The second patent shows how a wearable device can be used to more intelligently send you notifictaions and turn on Do Not Disturb. For example, your wearable device could detect whether you are sleeping based on the time of day and what it detects with the motion sensor. It could then automatically turn on Do Not Disturb and avoid bothering you with notifications until you are awake. The wearable device could also be aware of who is in the room with you and use this information to send you less disruptive notifications. For example, if two people are wearing a smart bracelet, and one is sleeping, it can alert the awake person’s bracelet with a vibration alert rather than an audible alert.