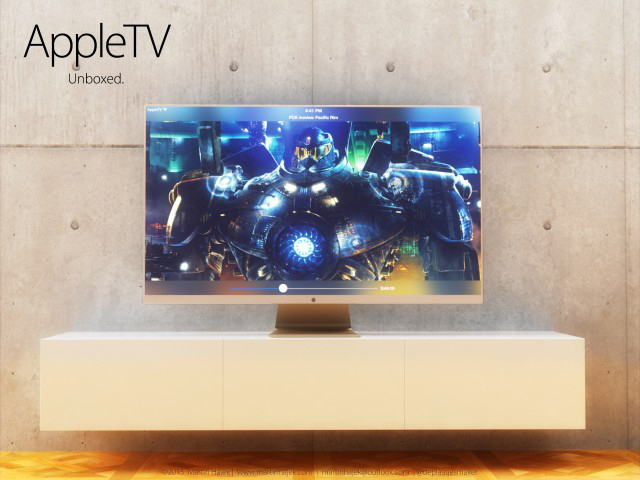 For the past few years Apple has been rumored countless times to be planning an attack on the TV industry with an actual TV set of its own – often referred to as the “iTV.” The device could be a more serious product than Apple’s billion-dollar Apple TV hobby, but the company is yet to make such plans official. However, one more piece of the puzzle seems to have been uncovered: A company with expertise in high-resolution display technology that could be used for big screen TVs was forced to admit that one of its largest clients is Apple.

In an SEC disclosure on Wednesday afternoon, Pixelworks said that Apple brings in more than 10% of its revenue, a mandatory disclosure for the company, analyst Mark Gomes revealed in a post on Seeking Alpha.

In addition to mentioning Apple because of its increased spending on Pixelworks tech, the company also singled out the iPhone maker for its contribution to the increased adoption of higher resolutions displays in all sorts of devices.

“Display technology has entered the third wave of its evolution. We are seeing the transition from the ‘digital, flat and thin’ era to one focused on increasing and improving resolution. Recent advancements in display manufacturing technology have allowed display manufacturers to pack an increasing number of pixels into tighter spaces, Pixelworks said. “This transition was led by the mobile segment, and in particular by Apple’s ‘Retina’ display, which set the standard for smaller screens. The resolution on display devices in all segments is increasing. This trend of providing more pixels is likely to continue as display manufacturers and device manufacturers seek differentiation, and as content is created at increasingly higher resolutions.”

Gomes, who said last May the two companies are working together, believes that Pixelworks tech purchased by Apple is related to Apple’s TV plans.

“AAPL has virtually no background in television technology. This contrasts greatly against Samsung, which has dominated the TV market for years. Indeed, when comparing the two vendors, this is where Samsung holds the most decided advantage. Thus, I continue to believe that Apple is looking to obtain the necessary expertise to close the gap. In my opinion, [Pixelworks] still represents Apple’s best hope,” Gomes wrote.