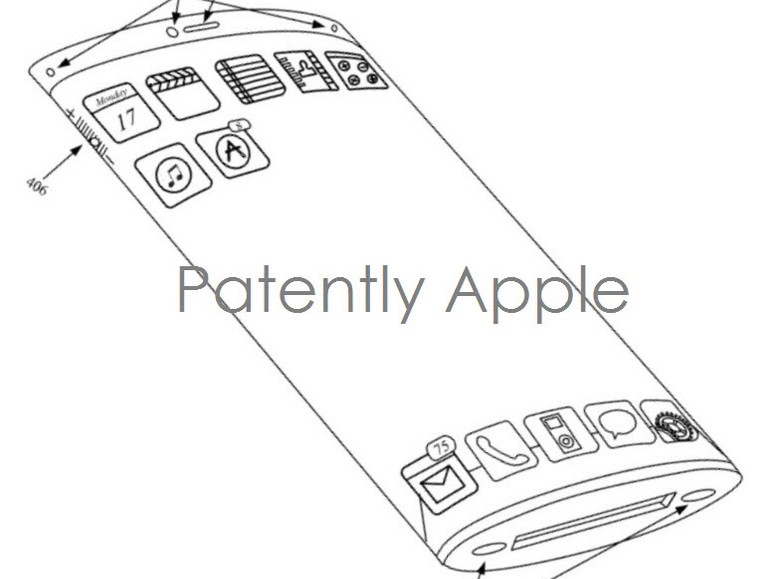 Meet the iPhone of the (possible) future. Patently Apple notices that Apple has won a patent for a radical new iPhone design that imagines a wraparound bezel-free display that also eliminates the traditional physical home button that has been a staple of the iPhone ever since its launch in 2007. The casing for the new iPhone design is also a major departure from the traditional iPhone as it looks much more like a fourth-generation iPod nano than any other smartphone Apple has ever released.

In its patent filing, Apple envisions that the new iPhone’s curved display will be made from flexible material that can present “an illusion of depth perception” capable of “mimicking a 3D experience.” Apple also says that users would be able to control the volume on the phone “by holding a finger over the volume indicator” and “expanding the volume control over the entire left side of the device,” thus eliminating any need for a volume button. Patently Apple adds that “Apple’s patent also notes that the advanced iPhone design may contain several cameras and use facial recognition.”

While we’re unlikely to see this iPhone design used in the iPhone 6 or really any other iPhone over the next couple years, it does seem like something Apple might release in the future once flexible display technology matures. This patent filing first cropped up a year ago so it’s definitely something that Apple has had on its mind for a long time now.