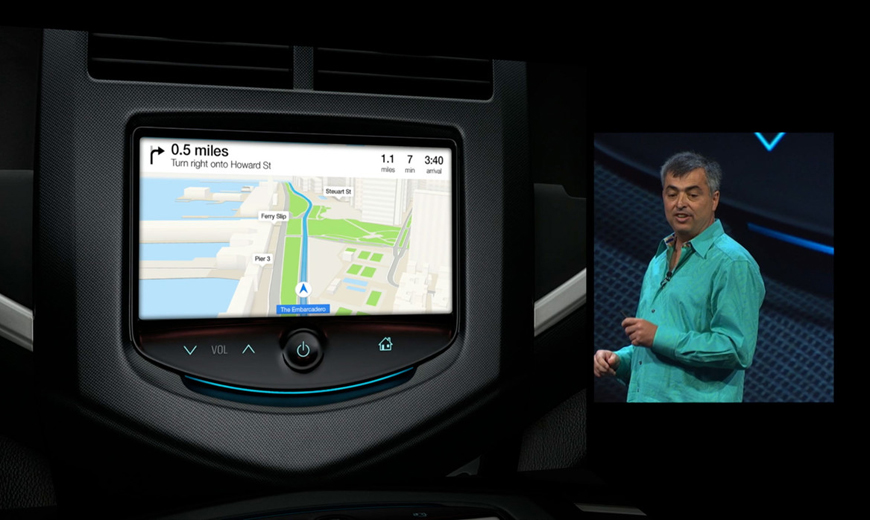 Apple flipped the smartphone industry on its head when it launched the iPhone back in 2007. The company struck gold again in 2010 when it launched the iPad, creating a media tablet market out of thin air and succeeding where many firms before it had failed. Numerous reports suggest Apple is currently eying the smartwatch and television markets and we can likely expect to see launches in both categories next year, but there’s another industry that Apple is quietly taking over: the auto industry.

According to a recent report from market research firm ABI Research, Apple’s in-car infotainment system integration efforts in iOS are going to pay off in the coming years. As smartphone integration in cars grows over the next five years to reach 35.1 million units globally, Apple’s iOS is seen getting support from more systems than any other platform with 49.8% of the market. MirrorLink is seen following with 43.6% and everything else falls into the “other” category.

Solid in-car integration will allow iPhone owners to continue using Apple services while in the car, and it could appeal to new buyers as well as they seek out devices that integrate well with cars they already own.

ABI Research forecasts that the shipments of connected in-vehicle infotainment (IVI) systems equipped with one or more smartphone integration technologies will grow substantially during the next five years to reach 35.1 million units globally by 2018. Of these, 43.6% will be equipped with MirrorLink, 49.8% with Apple’s “iOS in the Car”, and 28.2% with other technologies by the end of 2018.

Developments in the smartphone world are revolutionizing consumers’ in-car expectations. Besides Internet connectivity itself, the ability to select apps whenever they choose is probably one of the IVI features that consumers value the most. “Car OEMs face the difficult challenges of not only how best to integrate smartphones into their vehicles, but also how to ensure that the integration strategy remains viable throughout the life of the vehicle and multiple generations of smartphones,” comments Gareth Owen, principal analyst at ABI Research.

There are numerous technologies available for integrating a smartphone into a car’s head unit and enabling it to be controlled via the car’s IVI system (via voice, head unit touchscreen, or steering wheel controls). These range from industry standards such as MirrorLink to proprietary technologies such as RealVNC, Abalto Technologies’ WebLink, and Apple’s recently announced “iOS in the Car”.

Then there are UI screen replication technologies such as Miracast and MHL which are ideally suited for high bandwidth applications such as video streaming to rear-seat entertainment displays, and which could in the future also be used by MirrorLink, RealVNC, etc.

“It is inevitable that consumers will demand to be able to use their smartphones in cars, even in luxury cars equipped with the latest top-of-the-range fully embedded infotainment systems. However, OEMs producing lower-end mass-market cars will probably invest significantly less on developing their own systems and rely more on smartphones-centric infotainment solutions,” continues Owen.

These findings are part of ABI Research’s Automotive Infotainment Research Service which provides analysis of key developments and trends in the marketplace and quantitative information via its extensive car infotainment database. Updated on a quarterly basis, the database provides detailed installed base and forecasts of the car infotainment market by type and region as well as detailed information and forecasts on Bluetooth penetration in cars, automotive apps, and automotive operating systems split by global region.