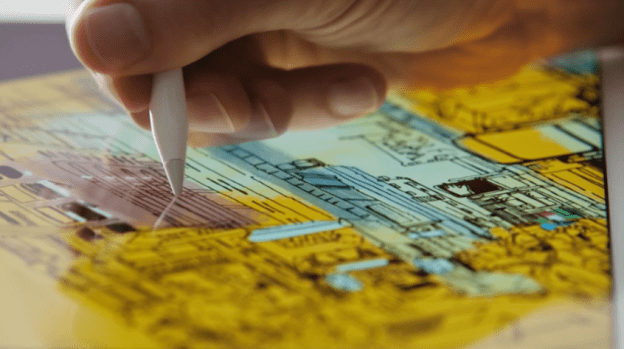 When it comes to sweating the small stuff, no company is more on the ball than Apple. From the materials the company uses in its retail stores to the small and barely perceptible touches it adds to both its hardware and software, Apple leaves no detail to chance.

As a quick  and illustrative example, a few months back we highlighted how the flashlight icon in the iOS control panel has a switch that toggles between the on and off position depending on if the flashlight is in use or not.

Delving deeper into the topic, Business Insider recently compiled a list of 21 examples which highlight Apple’s unparalleled attention to detail.

For instance, you might have noticed that Apple laptops have a small groove located towards the edge of the trackpad. The design goal here is to create a makeshift groove as to make it easier to open the laptop with one hand when the cover is shut.

In another example of Apple being uniquely attuned to design, the fans on Apple’s more recent laptops will quiet down when a user initiates a session with Siri. The end goal? To make a user’s query much easier to parse.

Moving onto the Apple Watch, Apple designers went all-out in an effort to truly capture items like blooming flowers and moving jellyfish for its motion watch face. In detailing the process to Wired earlier this year, Alan Dye, a key mind behind the design of the Apple Watch UI, explained:

We shot all this stuff, the butterflies and the jellyfish and the flowers for the motion face, it’s all in-camera. And so the flowers were shot blooming over time. I think the longest one took us 285 hours, and over 24,000 shots.

In a similar vein, Apple will spare no expense and will travel to the ends of the earth to take camera photos that truly showcase what the iPhone camera is capable of. With the iPhone 6s slated to launch soon, expect to see some new iPhone commercials which really highlight the device’s revamped camera and ability to shoot video in 4K.

Hit the source link below for Business Insider’s full rundown of how Apple’s attention to detail permeates throughout its entire product lineup.