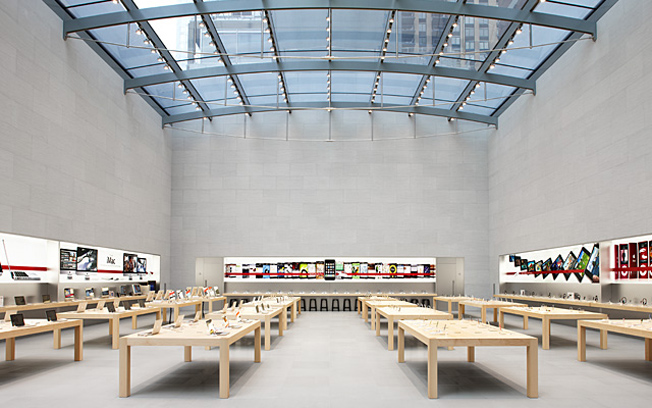 Apple had been a leader for several years in Forrester Research’s annual study on consumer electronics brand customer satisfaction, but the latest edition of the research firm’s survey marks a huge changing of the guard. The study gauges consumers’ satisfaction level with consumer electronics brands by posing three questions: 1) How enjoyable were they to do business with? 2) How easy were they to do business with? 3) How effective were they at meeting your needs? Amazon had topped the rankings in the three-year-old study for each of the first two years, and the company continued its streak in Forrester’s 2014 survey, The Wall Street Journal reports. Apple secured the No. 2 spot in 2012 and 2013, but the company’s satisfaction score fell behind rivals Samsung, Microsoft and Sony this year.

The study surveyed 7,500 U.S. consumers and assigned a point value to satisfaction ratings for each question. The total scores were then tallied and compared.

According to WSJ’s report, Amazon handily topped rivals in Forrester’s 2014 study with a total score of 91. That’s a huge improvement from 2013’s score of 85, though 85 would still have been enough to lead the pack in 2014.

Forrester labels any score between 76 and 85 as “good,” while Amazon’s score of 91 pushes its rating to “excellent.”