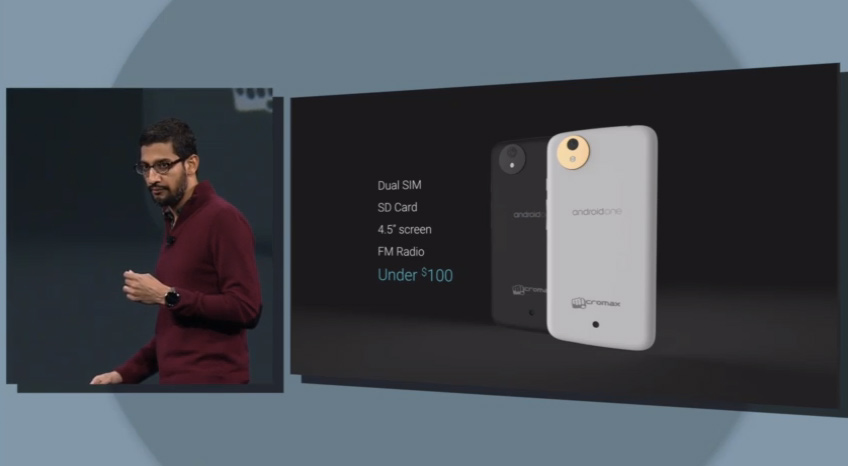 The Android One entry-level smartphones that are supposed to offer users in developing markets a pure Android experience for a very affordable price have been officially launched in India, as Google is ready to offer first-time smartphone users, and not only, even cheaper devices than currently available. Most importantly, the Android One handsets will receive Android L updates in the following months.

FROM EARLIER: The most affordable Android L handsets ever are about to launch… without Android L

“While 1.75 billion people around the world already have a smartphone, the vast majority of the world’s population—over five billion more—do not,” Google’s senior vice president on Android, Chrome and apps Sundar Pichai wrote in a blog post. “That means most people are only able to make simple voice calls, rather than connect with family through a live video chat, use mapping apps to find the closest hospital, or simply search the web. We want to bring these experiences to more people.”

The first Android One phones will be available in India from three companies, including Micromax, Karbonn, Spice, with MediaTek providing chips for these handsets. These phones will be available in local stores starting today, with prices starting at Rs 6,399 (or around $105), a bit higher than the “under $100” promise made at this year’s I/O conference.

Google further announced that many other OEMs are interested in creating such Android One devices, including well-known mobile players such as Acer, Asus, HTC, Lenovo, with chipmaker Qualcomm also ready to provide chips for future models.

The Android One program will further expand to Indonesia, the Philippines and South Asia by the end of the year, with more countries to get such devices next year.

Pichai confirmed a recent report about Android L updates for the Android One family, saying that “Android One devices will be some of the first to be updated to the Android L release later this year.” Google has also worked with local carriers to ensure swift Android updates for Android One devices, revealing that updates will be available free of charge (when it comes to carrier-related data costs) for the first six months to Airtel subscribers. Furthermore, Airtel users will get an additional 200MB of free data for app downloads each month during the period.

More details about Google’s Android One initiative are also available from BGR India. A video introduction for Android One devices follows below, with the full announcement available at the source link.