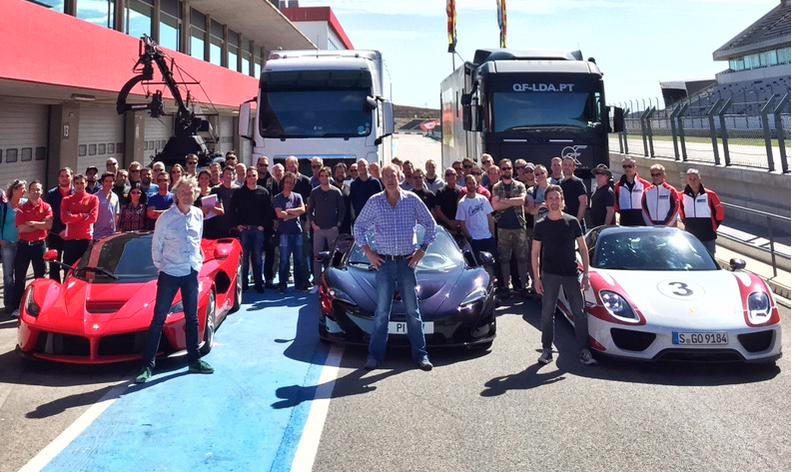 It might not be called Top Gear officially, but Amazon’s upcoming car show featuring Jeremy Clarkson, Richard Hammond and James May will inevitably remind us of the Top Gear show we knew and loved. Let’s not forget that plenty of people from the old Top Gear crew will also join the familiar trio to create this new car show.

And now, more good news: The expensive Amazon TV series has started filming so we won’t have long to wait to see what the Clarkson, Hammond and May trio are up to.

Clarkson revealed on Twitter that filming began on February 10th, suggesting that a spectacular season might be ahead. “Filming starts gently tomorrow,” the host said. “Then it goes berserk. See you all in [Heathrow’s] Terminal 5,” he added, suggesting there might be plenty some travel in this new show as well.

Amazon paid $250 million to secure its new version of Top Gear last year, unconfirmed reports said, buying 36 episodes of the show after Clarkson was fired from the BBC. What’s interesting about it is that the show doesn’t even have a name yet.

But it’s clear that the new show won’t be a Top Gear clone. “It’s going to be all new,” Clarkson wrote in a Sunday Times column last October. “New name. New segments. New ideas. Everything is different. Apart from James May, obviously, who is still in 1953. And Richard Hammond, who still doesn’t quite understand anything.”

Of course, that doesn’t tell us what the new show will actually involve, but Business Insider does have an interesting tidbit about the show. A Clarkson tweet (also from October) showed the three presenters standing by three amazing cars – a Ferrari LaFerrari, McClarn P1 and Porsche 918 (see top image). Will they be able to test them side-by-side at Amazon? BBC failed to convince manufacturers to allow the comparison, so it’ll certainly be interesting to see if Amazon succeeded.