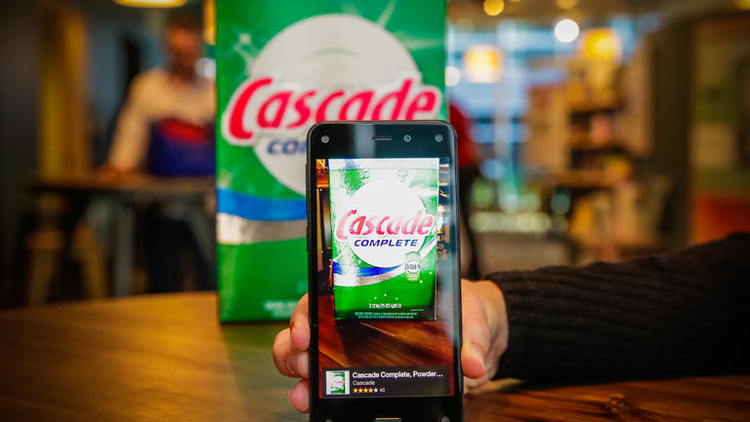 Even though there was a lot of hype around the Amazon Fire Phone, customers just aren’t buying it, at least not yet. In a survey, R.W. Baird analyst Colin Sebastian notes “muted demand” among potential smartphone buyers, especially ahead of the next iPhone launch that is reported to take place in the middle of next month. Of the 1,000 people who participated in the survey, only 5% of respondents said they would buy a Fire Phone, compared to 43.8% for an iPhone, 32.6% for Android phones (including Samsung, HTC, Nexus and others), 6.8% for a BlackBerry, and 5.3% for a Windows Phone.

Consumers just aren’t seeing the value in the Fire Phone, despite Amazon’s repeated attempts to appeal to consumers, both at the high-end and those who are more budget conscious. Right now, the Fire Phone is only available on AT&T and there aren’t many features on the phone that would make a prospective customer move away from iOS or unforked Android. Sebastian notes that the phone continues to be viewed as a “strategic complement to its shopping platform rather than a viable stand-alone alternative to Android/iOS.”

This doesn’t mean all is doomed for Amazon, it’s just going to take a bit longer than most would like. Sebastian notes that according to comScore, around 170 million people own smartphones in the U.S., with around half of those buying new phones every year. Assuming that vendors sell between 40 million to 50 million units in the second half of 2014, Amazon might be expected to sell between 2 million and 2.5 million Fire phones for the rest of the year as long as it legitimately has a 5% mindshare as Sebastian’s survey suggests.

Despite this, the Fire phone, which retails for $199 for the 32GB model on a two-year contract, may not be a complete loss for Amazon, according to Sebastian.

“However, despite the negative tone of survey results, we note that even modest device sales could provide some modest revenue upside over the balance of the year,” Sebastian writes.

Modest upside is better than no upside, even if it’s not likely to come until later this year.