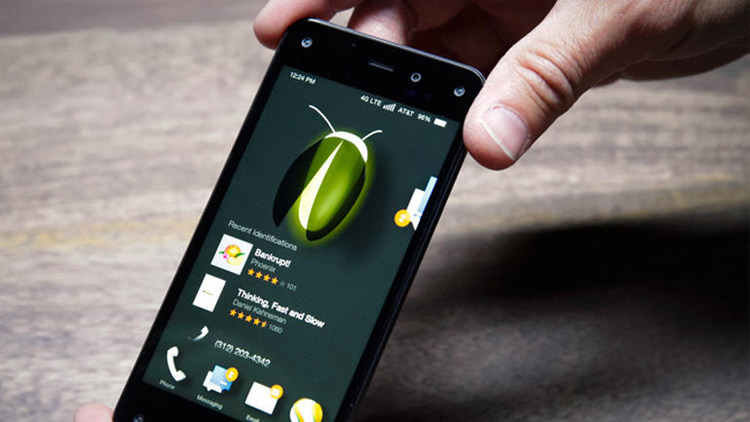 No matter how excited you are by the Fire Phone, it might be in your best interest to wait before you preorder. DealNews took a look back through its archives to try and find a pattern that the Fire Phone may end up following, and according to the data, “mainstream Android phones see a 50% discount just two months after their release” on average. Those deals are coming even sooner as the market becomes increasingly competitive. For example, Samsung’s Galaxy S5 was discounted by up to 55% one month after its release, and is currently on track to hit $0 (with a two-year contract) before Black Friday.

With this in mind, it’s hard to imagine Amazon standing by its $199 price point for months on end, but as DealNews notes, Amazon is very stingy about early price cuts on its first-generation products, such as the original Kindle, which took 7 months to go on sale for the first time. Amazon’s phone is also an AT&T exclusive, so carriers won’t be competing for customers to buy their branded Fire Phones.

That said, as Amazon demonstrated during the reveal event, the Fire Phone could be the key to increased impulse buys through the effortless Firefly system, identifying items the moment you pass over them with your phone’s camera. The potential for an E-commerce explosion is as enticing for Amazon as the actual phone sales. If every Fire Phone owner begins shopping with Amazon more frequently, the up-front cost of the phone will become secondary.

DealNews believes that the initial Fire Phone deals with manifest themselves as bundles. Buy a Fire Phone, receive a free Fire TV — a device which is already capable of interacting with the phone. The phone could also be bundled with Amazon Coins, Amazon’s popular digital currency.

What it comes down to is that Amazon needs to get the Fire Phone into consumers’ hands. If that means budging slightly from the mid- to high-end price range or introducing attractive bundle offers, that’s probably what the company will do.