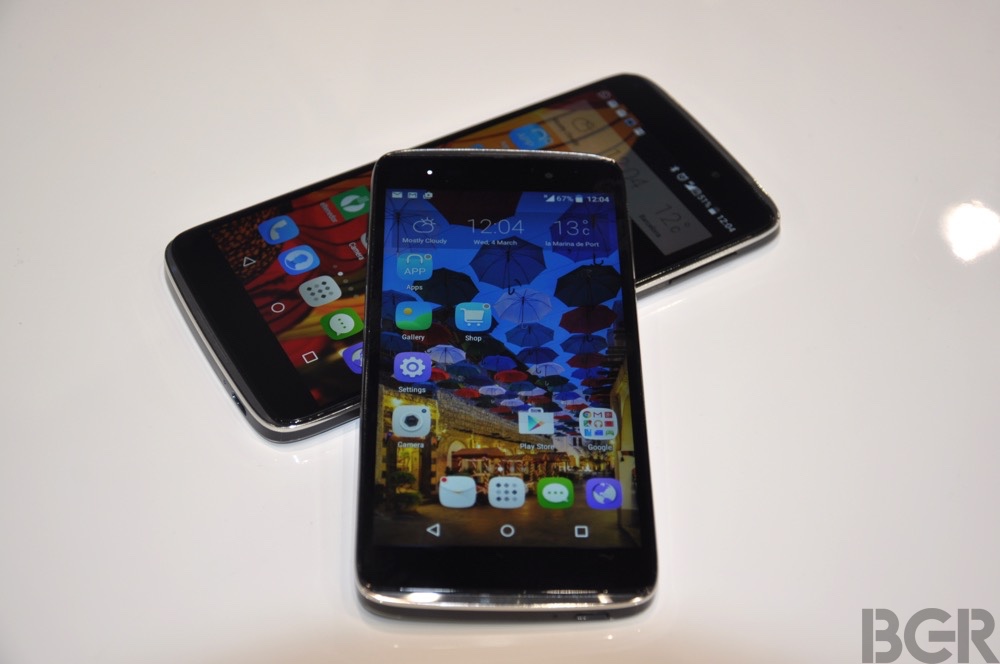 Apple’s 4.7-inch and 5.5-inch iPhone 6 models are the smartphones to beat this year, and some companies have already come out with worthy rivals, including the HTC One M9 and the Galaxy S6 that both debuted at this year’s Mobile World Congress. But these top devices were not the only Android handsets unveiled at the show, with one company coming out with a set of brand new smartphones that, coincidentally or not, have exactly the same screen sizes as Apple’s 2014 iPhones.

FROM EARLIER: Hands-on with the best Android smartwatch that has ever been made

Alcatel on Monday unveiled the OneTouch Idol 3 line that contains precisely two models: A 4.7-inch version and a 5.5-inch version. But even though Alcatel says these smartphones feature top-line technologies, they’re not necessarily flagship handsets by this year’s standards.

Of course, the two smartphones do have some special features that are supposed to differentiate them from competitors, but don’t think of unibody two-tone aluminum designs or curved displays. Instead, Alcatel is offering users JBL audio integration and two-front facing speakers for significantly improved audio.

The phones also have a feature you don’t see on any other devices: 100% reversability, which means their software can adapt automatically to the screen orientation, no matter how a OneTouch Idol 3 is held.

However, this 100% reversability feature only concerns the user interface — the physical buttons on the handset, or the cameras’ placements, can’t change positions just because you want to hold the device in a different way. The feature is really useful for not having to bother with picking the device in the right way to make sure everything on the screen is facing up.

The most interesting thing about them is that they will both launch with Android 5.0 Lollipop on board, which should be good news for anyone looking for some affordable Android devices capable of delivering great performance.

The phones should be launched at some point in April, with prices ranging from around $200 for the 4.7-inch handset, and at around $250 for the 5.5-inch phablet.