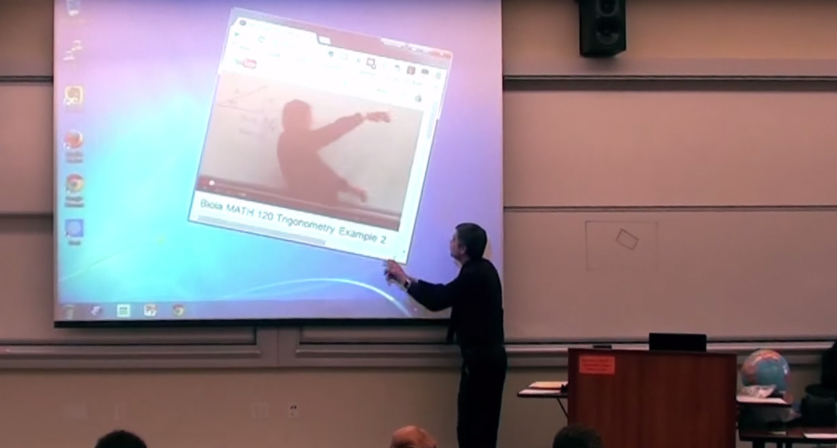 Every year April Fools’ Day brings some interesting pranks, with tech companies getting more and more serious about, tech jokes. Google had a variety of fresh April Fools stunts of its own, and even Samsung and HTC rose up to the challenge, posting some interesting fake products earlier this week.

But they all pale in comparison to what math teacher Matthew Weathers did in class the other day.

Weathers created a fake video tutorial, which he showed in class. As soon as the character in the video gets “some trigonometry wrong,” the math teacher feels compelled to correct himself, at which point chaos ensues.

Weathers has to fight his alter-ego inside the video, but we won’t spoil the ending for you. His video is already a YouTube hit, having passed 2 million views in just a couple of days.

Obviously, the clever professor used a lot of tech to get things done, proving in the process that math can indeed be fun at times.

“The video you see is un-edited – what you see is what the students saw in class,” he said on Reddit. “I used Adobe Premier and After Effects to create the on-screen video.”Yes, I practiced about 20 times to get the timing right. But yes, I also had audio cues that helped a lot.”

“Yes, I practiced about 20 times to get the timing right,” he admitted. “But yes, I also had audio cues that helped a lot. You can’t really hear it in the YouTube video, but there is a ‘whooshing’ sound” that helped him coordinate his movements.

The hilarious April Fools prank video follows below, with more details about it available on this Reddit thread.