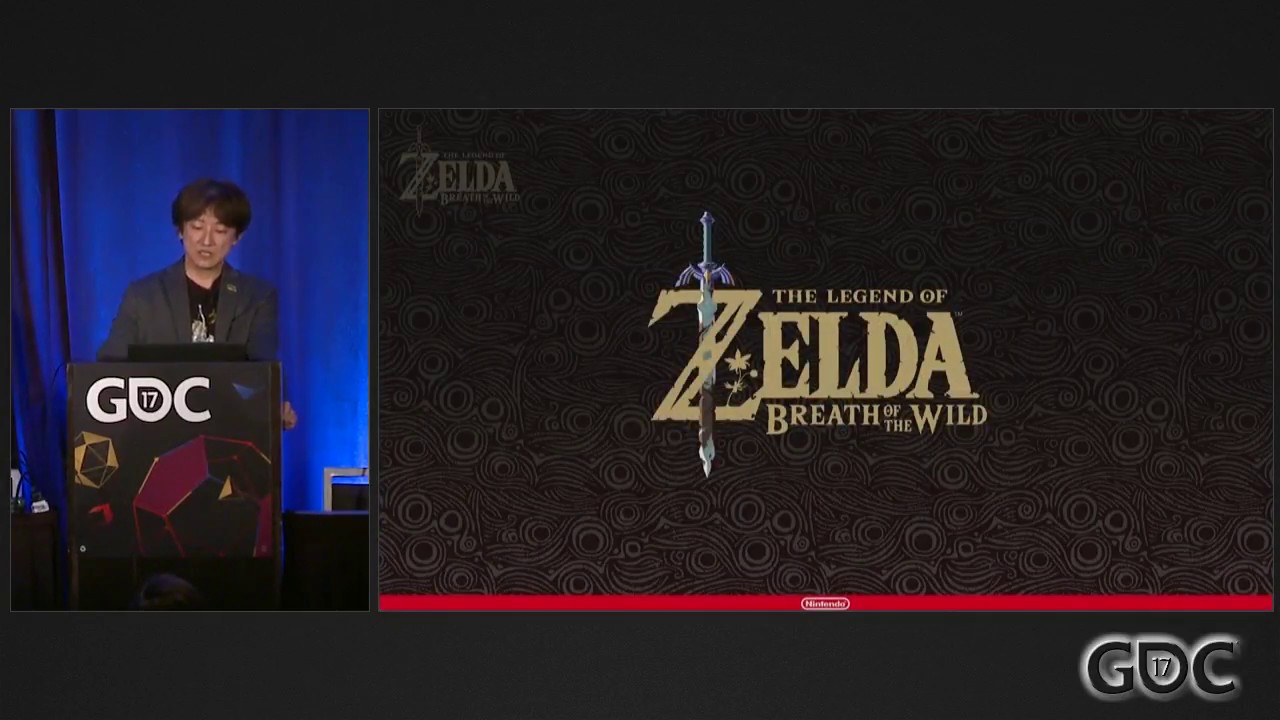 If you bought a Nintendo Switch at launch, you’ve probably burned an unreasonable number of hours getting to know the game already. The Switch’s launch title is the most intricate and detailed Zelda game ever made, something you can only appreciate once you’ve spent an hour listening to all the effort the directors put in.

The 90 minute talk was given by Breath of the Wild’s three directors at the Game Developers’ Conference. Art director Satoru Takizawa, technical director Takuhiro Dohta, and game director Hidemaro Fujibayashi explain the mindset with which Nintendo approached the project, and how they reimagined a classic Nintendo game for a new generation.

Even aside from the Nintendo-specific stuff, it’s interesting to hear about how a game like Breath of the Wild goes from concept to prototype to reality, and how many iterations of artwork they went through to get to the final product.

Breath of the Wild sets a new standard for an open-world game, using the breadth of the world to encourage more free-form adventure than previous Zelda games, or even any other Nintendo game. In our review, we noted that “Whether or not The Legend of Zelda: Breath of the Wild is the start of a new era for Nintendo or simply an anomalous blip on the radar, it’s one of the best games in the history of one of the most storied video game franchises of all time. In one fell swoop, Nintendo has redefined Zelda as a series and open world gaming as a whole.”