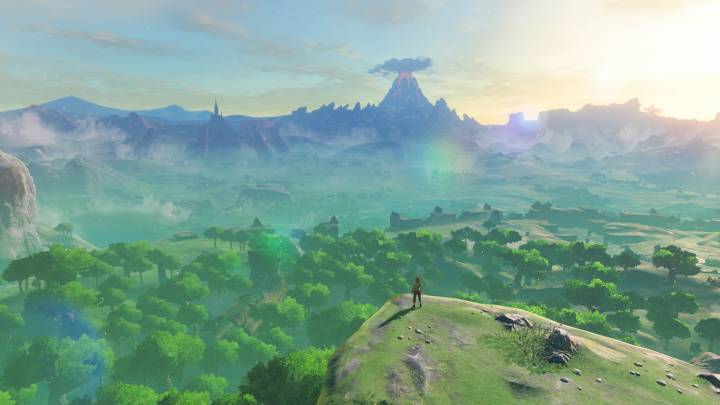 For better or worse, Nintendo officially joined the modern era of gaming on Tuesday as the company announced that The Legend of Zelda: Breath of the Wild will have an expansion pass available for purchase on the day the game launches. It will cost $19.99 and will contain two sets of DLC that will release in 2017.

As soon as you purchase the expansion pass, three new treasure chests will be added to the game’s Great Plateau area. Two of those chests will feature items to help Link on his quest and the other will contain a shirt with a Nintendo Switch logo on it that Link can wear while he runs around Hyrule.

The first content pack, which arrives this summer, will add “a Cave of Trials challenge, a new hard mode, and a new feature for the in-game map.” The second pack, launching over the holiday season, will bring “new challenges that will let players enjoy a new dungeon and a new original story.” The expansion pass will be available on both the Wii U and the Switch, and the content within will be identical.

For those of you who don’t care about hard mode and just want more story, it looks like you’re out of luck. Unfortunately, the two content packs cannot be purchased separately, so if you want to add content to your copy of Breath of the Wild, you’re going to have to pay the full $19.99 for the expansion pass.

Watch Nintendo’s Eiji Aonuma introduce the paid DLC in the video below: