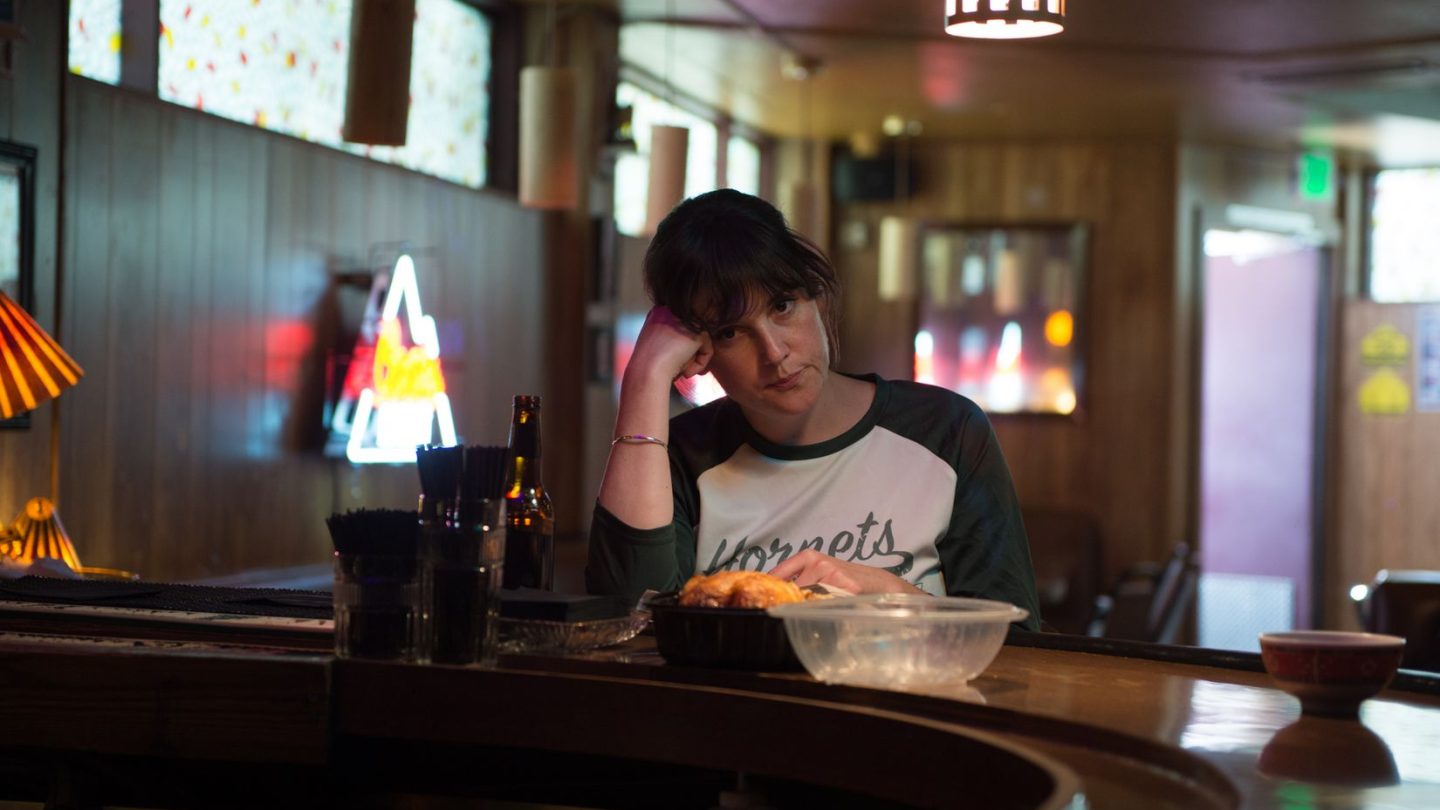 In the opening moments of the Netflix original movie I Don’t Feel at Home in This World Anymore, a young woman stumbles through a sequence of annoyances. The presence of litter. People backing out in front of her at the parking lot. An infestation of ants. Thieves breaking into her home. “The world is bigger than your silverware!” the woman is told by an apparently stressed-out cop she reports this to. Thus setting the quirky tone for one of the best and most offbeat thriller movies on Netflix — and the 2017 directorial debut of Macon Blair.

From the official Netflix description of the movie: This is the story of “Ruth,” played by Melanie Lynskey. She’s “a nursing assistant suffering through a crisis of existential despair.” After her home is the target of a burglary, she finds “a renewed sense of purpose in tracking down the thieves.”

Her neighbor Tony (played by Elijah Wood) is one of those obnoxious no one mess with me, because I know martial arts types. Accordingly, “they soon find themselves dangerously out of their depth against a pack of degenerate criminals.”

What critics are saying

Over at review aggregation site Rotten Tomatoes, this Netflix original has done pretty well with both critics and audiences.

The roughly 90-minute crime drama has an 89% critics score there, based on 65 reviews. The audience score is similarly solid overall, with a 77% score based on more than 2,500 individual ratings. The movie “transcends its unwieldy title to offer timely, intoxicatingly dark observations on gender dynamics and social norms in modern America,” reads the Rotten Tomatoes critic’s consensus.

Granted, the world of 2017 into which this movie was released feels ages ago now, partly because of you-know-what. But it’s definitely worth putting on your watch list, especially if you’re intrigued by the prospect of, to borrow a description from the folks at Looper, an “equal parts hard-boiled detective farce and searing indictment of societal indifference.”

And when you’re done with this one, meanwhile, check out a few of our additional recommendations for the best thriller movies on Netflix below.

For the purposes of this list, we’ll stick with Netflix originals. They include, in no particular order:

Fear Street Part 1: 1984. As of the time of this writing, this one is currently the #1 movie on Netflix. “After a series of brutal slayings,” Netflix’s official synopsis notes, “a teen and her friends take on an evil force.” One that’s been plaguing their town for centuries.

I Care A Lot. If you’ve been following the news headlines around the Britney Spears conservatorship, you’ll already be acclimated to what’s going on in this movie. It stars Rosamund Pike and Peter Dinklage. From Netflix: “A court-appointed legal guardian defrauds her older clients and traps them under her care. But her latest mark comes with some unexpected baggage.”

El Camino: A Breaking Bad Movie. This title will satisfy your Better Call Saul fixation, until it returns, with more from the Vince Gilligan universe. El Camino is a standalone sequel movie to the Breaking Bad TV series.