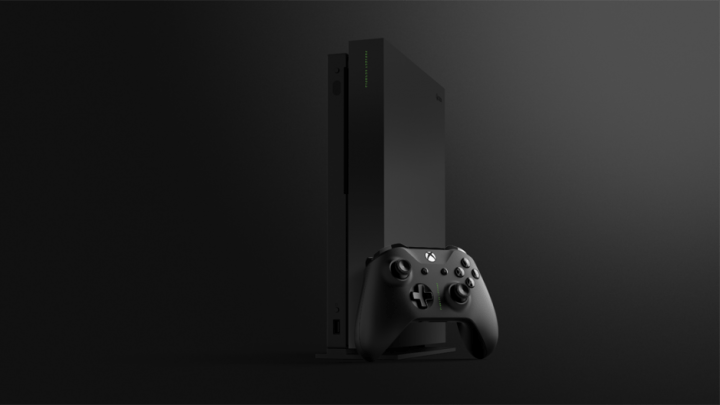 Two months after taking the wraps off of the Xbox One X at E3, Microsoft has officially opened preorders for what it is calling “the world’s most powerful console.” Selling at a suggested retail price of $499, Xbox One X supports HDR, wide color gamut, 4K Blu-ray HD playback and the entire Xbox One game library. It will also play supported games in true 4K Ultra HD.

If that sounds like the upgrade you’ve been waiting for, you can place a preorder for the console at a variety of retailers starting today. But at Gamescom this weekend, Microsoft also unveiled a brand new edition of the Xbox One X called the Project Scorpio Edition. It features a custom design and an exclusive vertical stand, but much like the Xbox One Day One Edition, there is a limited supply.

Here are some of the retailers where you might still be able to find an Xbox One X Project Scorpio Edition (which has already begun to sell out on some sites): Amazon, Best Buy, GameStop, Walmart, Target and Microsoft. There’s no telling how long the console will stay in stock, so act fast if you want to snag one.

“We are counting down to the launch of Xbox One X later this year and look forward to getting the world’s most powerful console into the hands of our fans,” Corporate VP Mike Nichols said on the Xbox Wire this afternoon. “With 40 percent more power and 60 percent more memory for game developers than any other console, get ready to experience immersive true 4K gaming.”

Oh, and if you’re still on the fence about whether or not the Xbox One X is worth the price of admission, here’s a full list of games that will be enhanced on the Xbox One X (so far).