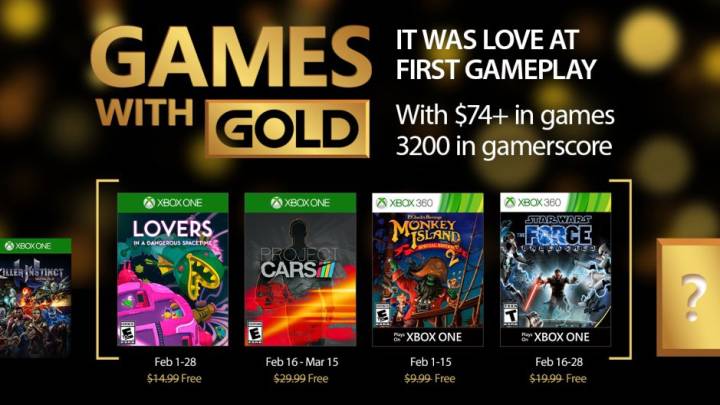 After a bit of a down month in January, Microsoft’s Games with Gold program will be back in February with yet another exciting selection of free Xbox One and Xbox 360 owners for Xbox Live Gold subscribers. As always, all four games can be played on the Xbox One thanks to backward compatibility.

Here are the details on the availability of February’s Games with Gold:

All four of these games were well-received upon release, so if you’re desperate for something to play in the slow season for video games, these should certainly tide you over. Plus, you’ll be saving up to $75 and can add 3200 points to your gamerscore, if that’s of interest to you.

Check out all four of February’s free Games with Gold in the video below: