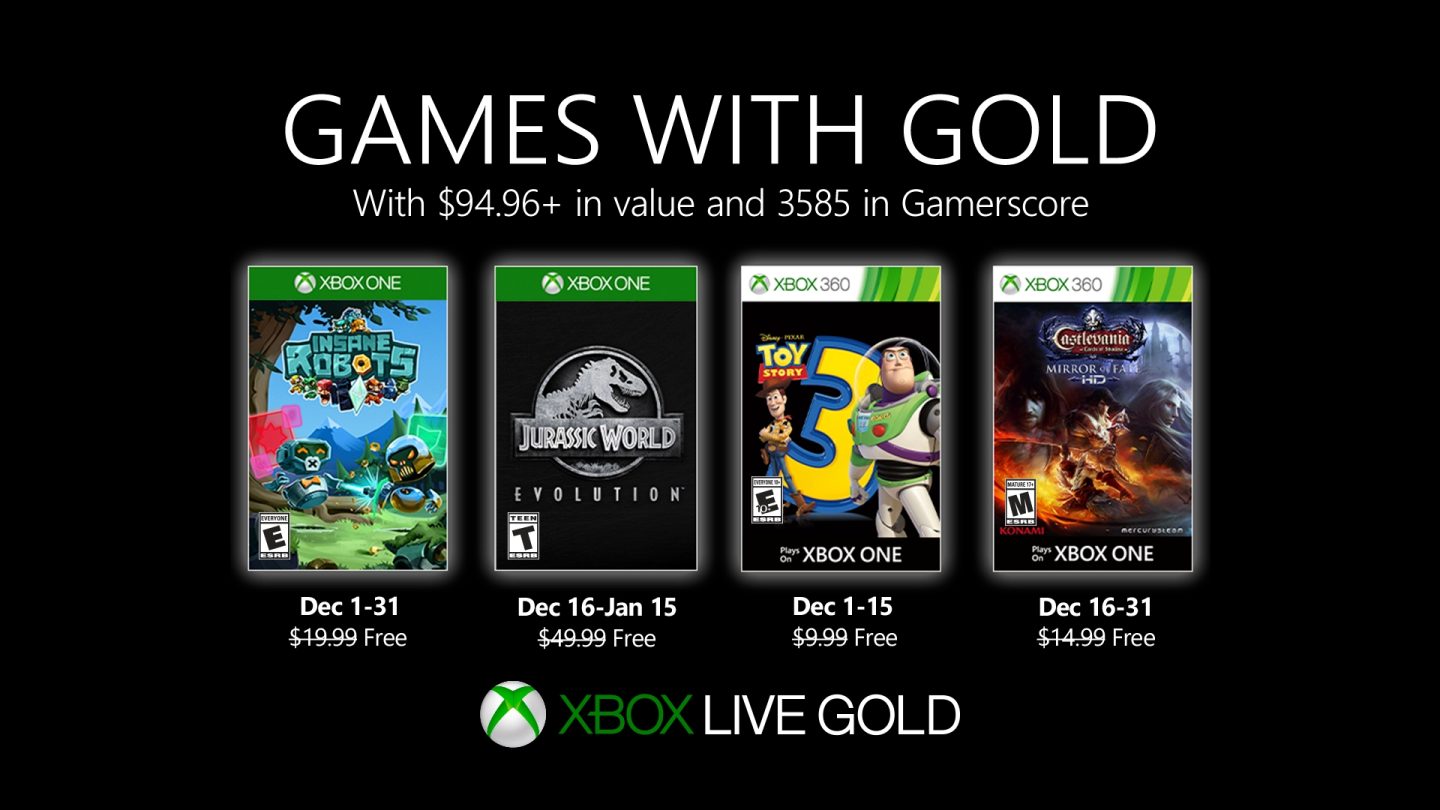 I was really holding out hope that the Xbox Games with Gold program would bring 2019 to a close with a bang, but, sadly, the selection of free games for Xbox Live Gold subscribers once again is rather disappointing. It’s a bit tough to pick a highlight, but if you want to take charge of the most famous fictional dinosaur park of all time, you might want to give Frontier Developments’ Jurassic World Evolution, based on the 2015 movie, a shot.

The other titles are various degrees of mediocre, but Castlevania is usually good for some fun exploration and difficult boss battles, and Toy Story 3 was developed by Avalanche Software, so it’s probably pretty solid.

Here are the details on the availability of all the free Xbox One and Xbox 360 Games with Gold for December:

You’ll save over $94 if you pick up all four games, and can add up to 3585 points to your gamerscore. Also, keep in mind that each of the Xbox 360 titles are backward compatible with the Xbox One, so even if you don’t have an Xbox 360 on hand, you can still download all four games listed above. And as always, some of last month’s free games are still available if you hurry, so be sure to download them before they go back to being paid.