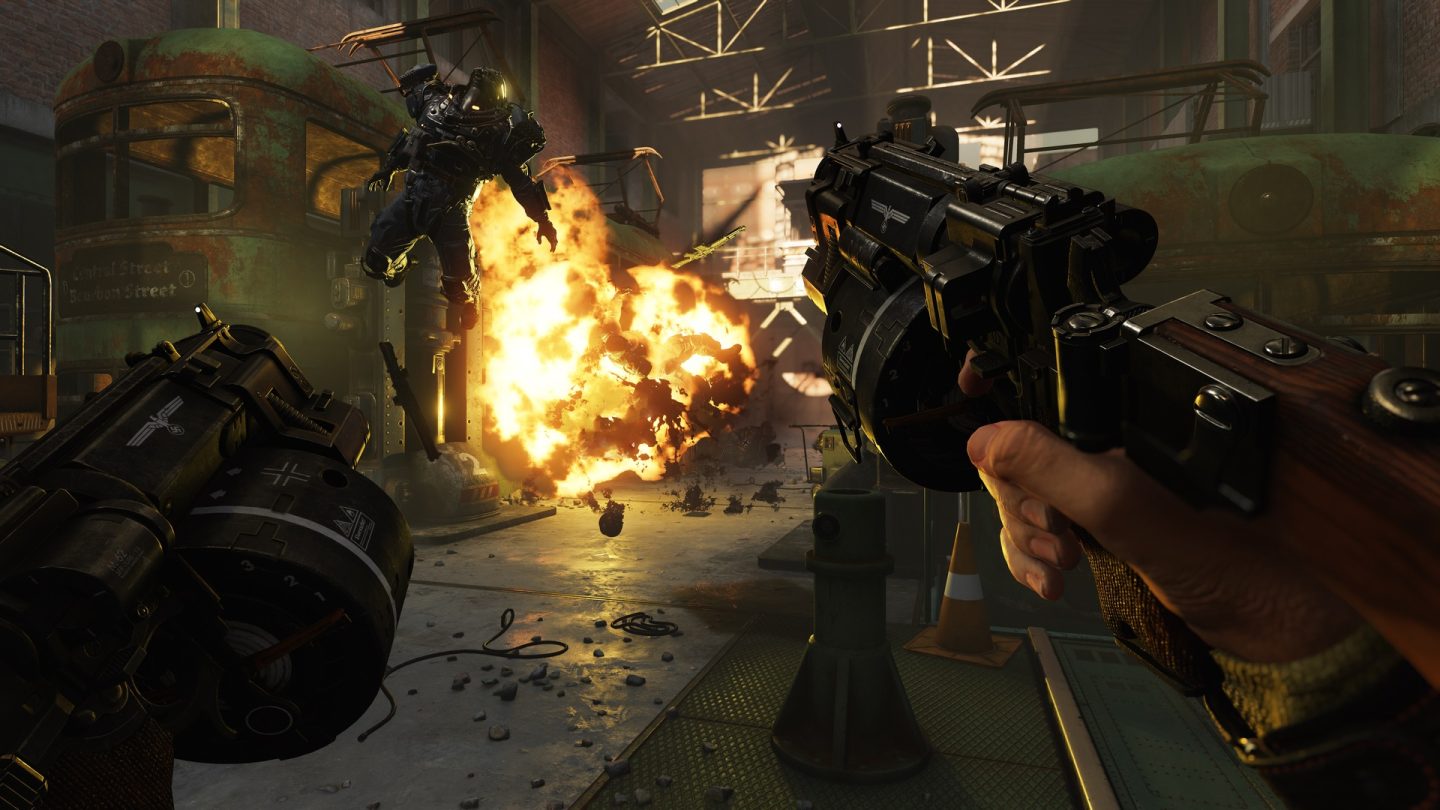 First-person shooters have tumbled down my list of favorite genres in recent years, but there are still a few franchises that I consider to be unmissable. One such franchise is Wolfenstein, which was revived in 2009 to the delight of gamers everywhere. Both The New Order and its standalone prequel — The Old Blood — received rave reviews from critics, and now, more than two years after The Old Blood’s release, a sequel called Wolfenstein II: The New Colossus is in the final stages of development, scheduled for an October launch.

Last week, I had my first opportunity to go hands on with the game, which takes place in Nazi-occupied America two years after the events of The New Order. You can watch all 45 minutes of my session below.

A few things worth noting: First of all, it had been a few months since I last played Wolfenstein, so it took me a few minutes to get my bearings. Once I did, the Nazis didn’t stand a chance. Secondly, the developers gave us basically all of the weapons and abilities in the game to play with during our demo. At this point in the game, you wouldn’t typically be able to do everything you see me do in the video.

I think the most pleasant surprise for me was how useful the new abilities were. During the course of the game, the main character, William “B.J.” Blazkowicz, will gain access to three different abilities: the Battle Walker (which allows you to stand on stilts and reach areas you wouldn’t normally be able to), the Ram Shackles (which let you smash through walls) and the Constrictor Harness (which lets you slip through small holes and surprise your enemies). With these abilities, traversal is more interesting than ever.

Wolfenstein II: The New Colossus will be available for PS4, Xbox One and PC on October 27th. Bethesda recently announced that the game will come to the Nintendo Switch at some point in 2018 as well.