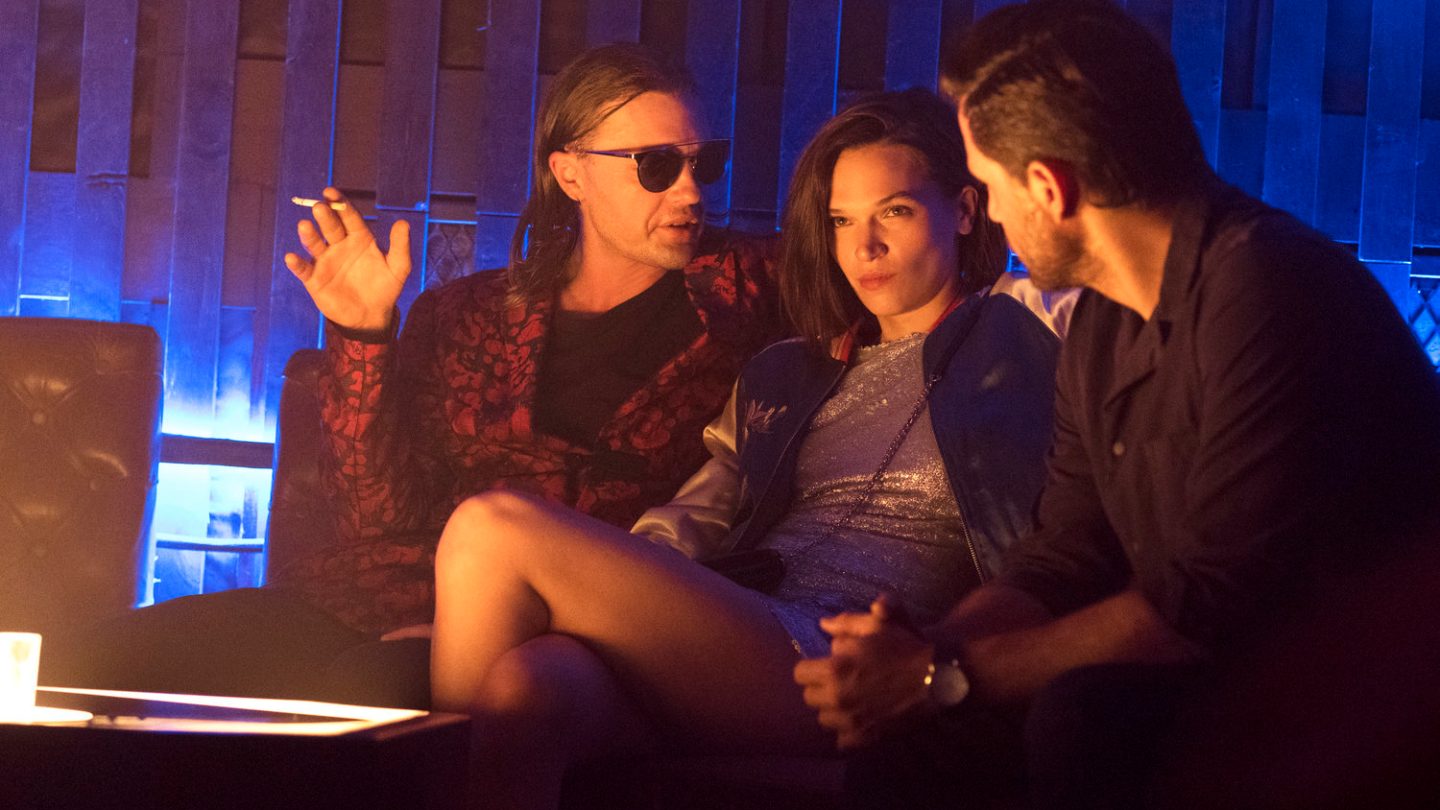 If you’re like me, one of the great things about the weekend — especially with how stressful everything is lately, with this new world of work and daily life that the coronavirus pandemic has forced upon us — is the luxury of being able to finally relax, whether it’s in front of your phone or TV, and check out what’s new on Netflix. If you’re like me, you tend to give the benefit of the doubt when it comes to trying out new Netflix original movies and TV shows. But even I have my limits and am forced to pause when I see headlines about and reviews of a new Netflix movie that trash it as “so bad it should be illegal.” The aforementioned new movie with this dubious honor is The Last Days of American Crime, which debuted on Netflix on Friday — and which, as of the time of this writing, has garnered 18 critics’ reviews on the Rotten Tomatoes review aggregation site, earning it a god-awful 0% score.

The movie, which Netflix’s daily ranking of the most popular content on the streamer shows is sitting at #3 in the US as of right now, is two-and-a-half hours long. And, according to Netflix, the plot is as follows: “As a final response to terrorism and crime, the US government plans to broadcast a signal making it impossible for anyone to knowingly commit unlawful acts. Graham Bricke (Edgar Ramírez), a career criminal who was never able to hit the big score, teams up with famous gangster progeny Kevin Cash (Michael C. Pitt), and black-market hacker Shelby Dupree (Anna Brewster), to commit the heist of the century and the last crime in American history before the signal goes off.”

Sounds like a basic-enough, run-of-the-mill action movie, right? Well, now check out these examples from the near-universally acerbic pile of reviews which is … let’s just say, regardless of the merits of a film or lack thereof, it is practically unheard of for one of Netflix’s offerings to be this derided by pretty much everyone. Making the reviews and critical response here a news story, in and of itself.

Oftentimes, you’ll see a lopsided score on Rotten Tomatoes for a movie that got crushed by critics — with audiences still warming to it anyway. Unfortunately, that is definitely not the case here. The audience score for The Last Days of American Crime is a still-horrendous 22%, garnered from 63 user ratings.

Of course, the long-term consequence of a single movie flop won’t dent Netflix’s status as the king of streaming media. When it reported its latest quarterly earnings back in April, the streamer had almost 183 million subscribers, after adding 2.3 million in the US and Canada in the first quarter and 13.5 million internationally. But with that size and prominence, its misses, fleeting as they might be, get an outsized share of attention.

Here’s some of the early reaction on Twitter to The Last Days of American Crime:

My new hobby is reading reviews of Last Days of American Crime, which is truly the most horrible movie I’ve seen in several years. pic.twitter.com/3YiuLdBVdY

2 hours and 29 minutes of The Last Days of American Crime is possibly the longest I've spent on a useless film ever. That I survived is a miracle. pic.twitter.com/HTsKAlZvWR

The Last Days Of American Crime has to be one of the worst films on @netflix. Utter crap from start to finish… https://t.co/LGKvtwmoP6 #LastDaysOfAmericanCrime

I’m not one to normally leave negative reviews, but if you’re scrolling through Netflix and come across The Last Days of American Crime then DO NOT WATCH IT! It is awful!