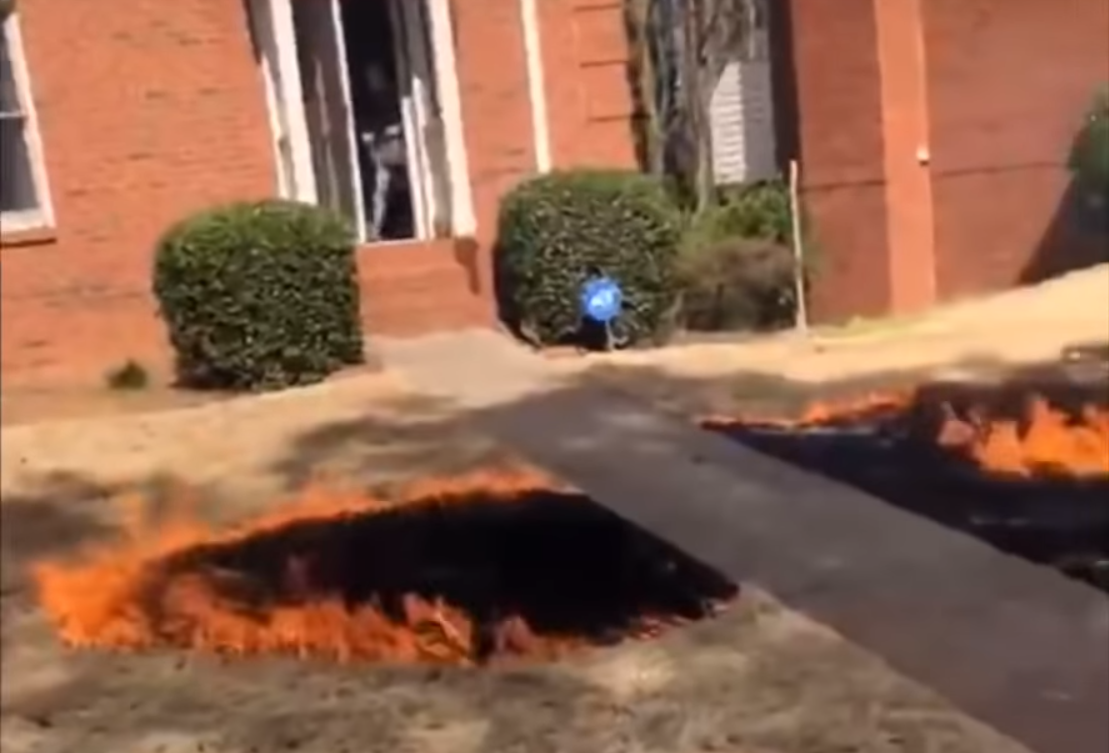 Fireworks and dry foliage are a bad combination, and that’s something that rapper Thouxanbanfauni and his friends found out the hard way in a live stream posted to Instagram this week. The artist, who has a sizable following on YouTube, Instagram, and SoundCloud, was having a bit of fun in front of what appears to be his mother’s apartment complex when things got out of hand in a hurry.

Thouxanbanfauni is filming as his friend playfully threatens him with a firework of some kind when the sparks set several small fires on the dry lawn at their feet. Neither of the men notice the flames until it’s too late, and about a half dozen small blazes eventually grow to swallow up nearly the entire yard.

Knowing that nobody was hurt from the fire, and that it was confined to the yard before being put out, the video is absolutely hilarious. There’s a lot of yelling and screaming during the spontaneous disaster management session the rapper and his friends are thrust into, and the fact that an entire audience is watching the events unfold on Instagram Live (and commenting in real-time) makes it even better.

The artist and his friends do their best to come up with a strategy to fight the flames as the fire pushes itself across the lawn. Eventually a combination of stomping, water jugs, and two separate fire extinguishers are needed to finish things off.

Needless to say, this is a great example of how rapidly fire can get out of control when nobody is expecting it. Something quite similar happened in early 2017 in Arizona, when a Border Patrol agent’s “gender reveal party” ended with an explosion in a dry field. The blaze spread rapidly and ultimately destroyed nearly 50,000 acres of land. That event was an incredible tragedy, but this small-scale recreation is still worth a laugh.