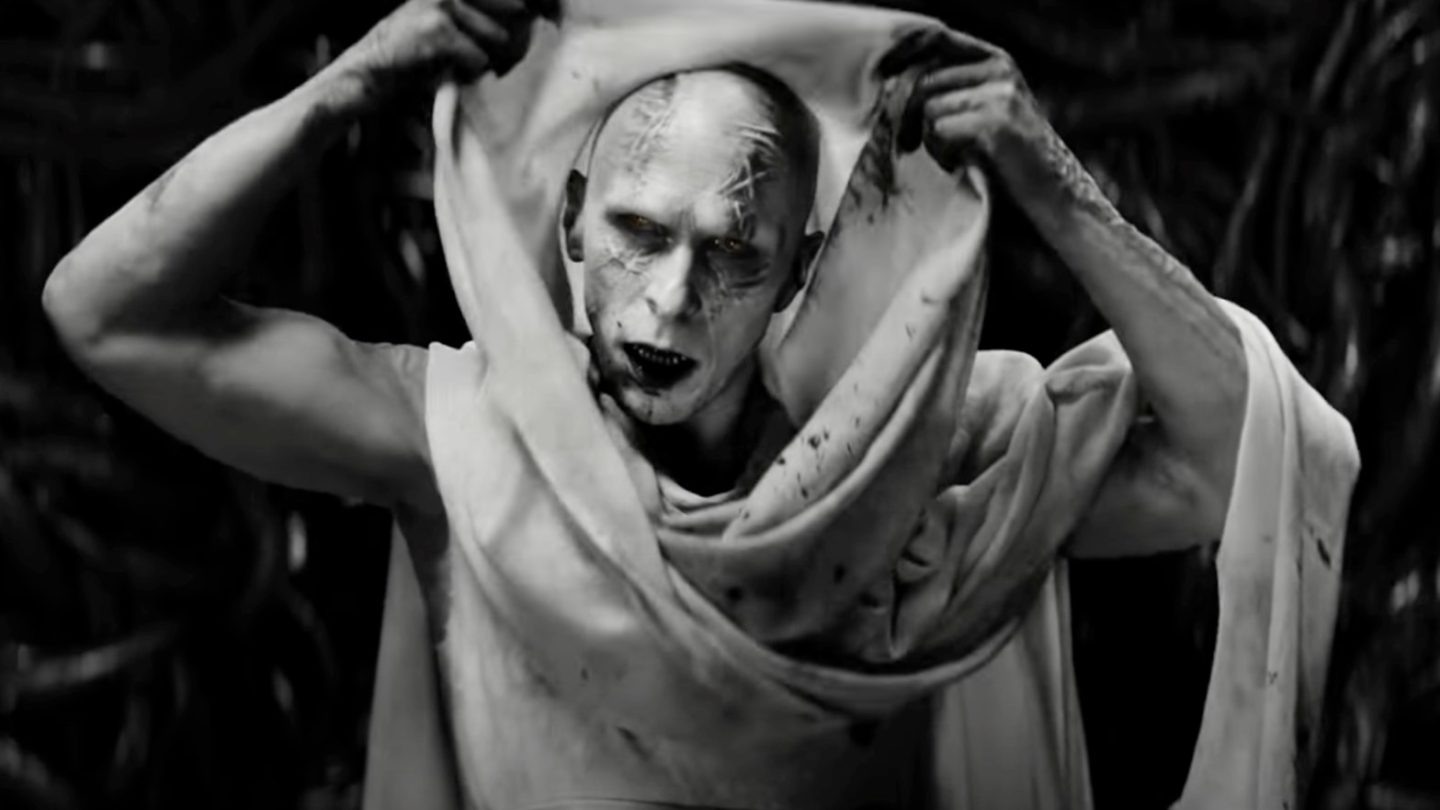 Doctor Strange in the Multiverse of Madness had a somewhat annoying marketing campaign where Marvel tried to obfuscate the truth as much as possible. The trailers hid the villain in plain sight while also trying to conceal the reveal, and MCU fans who were oblivious to the leaks were not prepared for the shock. We don’t have the same problem with Thor: Love and Thunder, however. Thor 4 trailer 2 is finally out, giving us a great look at Gorr the God Butcher.

We speculated before the Thor 4 trailer 2 release that Marvel might have wanted to separate its big reveals. The first trailer showed Jane (Natalie Portman) as Mighty Thor, wielding Mjolnir, much to the surprise of Thor (Chris Hemsworth). There seemed to be no room for Gorr in it, especially considering the hype around him.

We’ve known that Christian Bale will play the Love and Thunder villain for quite a while. Moreover, toy leaks already showed Gorr. Therefore, Marvel had no reason to keep its Thor 4 villain hidden, unlike Doctor Strange 2, where Marvel hoped to shock fans with the Wanda reveal.

It turns out that we were right. Gorr is featured prominently in Thor 4 trailer 2, giving the story actual purpose.

Don’t get me wrong, Marvel hasn’t stopped trying to mislead fans. And it’s likely that the Thor 4 trailer 2 is cut in a way to prevent fans from realizing what’s going on. But what’s great about the 2:15 minute clip is that a big portion of it is dedicated to Gorr.

The Gorr reveal in Thor 4 trailer 2 is brilliant

We saw a Gorr teaser in the first trailer, a dead god that Gorr must have killed. Again, the fact that Gorr is killing the universe’s gods should be no secret. We’ve known that’s what the character’s mission will be. And Marvel doesn’t try to hide it, showing us Gorr’s vow to eradicate selfish gods from the universe. Thor has to be on that list, obviously.

But the way Marvel introduces this villain, whom we never saw before in the MCU, is amazing. Gorr will immediately give you Voldemort vibes. He looks incredibly fierce and very determined to finish his mission. There’s no doubt that he doesn’t think of himself as a villain.

It’s not just how frightening Bale’s Gorr is, but also how Taika Waititi shot these scenes. We’re looking at black-and-white sequences that contrast with the colorful settings we see almost everywhere else. They fit well with Gorr’s overall costume design and they’ll remind you of Zack Snyder’s Justice League.

More importantly, they definitely make a big impact, shifting the entire tone of the movie. You have to pay attention to this dangerous new threat.

Not all secrets will be revealed

We also get to see Gorr’s mighty weapon, which isn’t just good for hand-to-hand combat. It’s the kind of weapon that can harm an entire planet. A more portable version of a Death Star, if you will.

Gorr’s backstory isn’t part of the trailer. That’s a crucial detail we need to understand why Gorr wants to kill gods like Thor. Marvel doesn’t need to share any additional details about Gorr’s motives in Thor 4 trailers, however.

We’ll have to wait until July 8th to see what Gorr is all about. Until then, you’ll have Ms. Marvel to keep you entertained. Not to mention that Doctor Strange in the Multiverse of Madness should hit Disney Plus in the coming weeks.