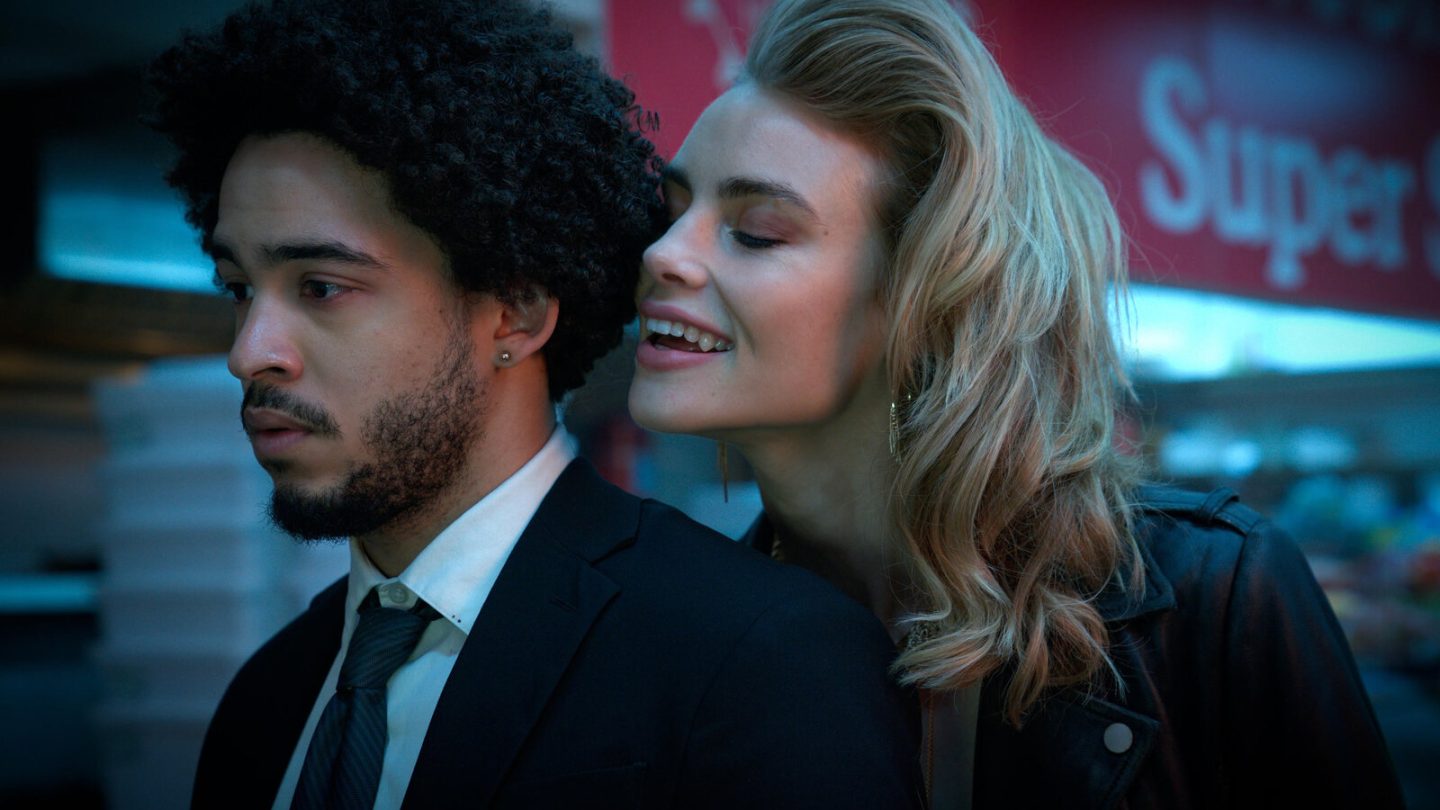 On paper, the newly released Netflix original movie Night Teeth — part of the streamer’s already jam-packed October content lineup — is going to sound a bit like some things you’ve likely seen before. Doesn’t this sound familiar? From the new movie’s official description via Netflix: “A college student moonlighting as a chauffeur picks up two mysterious women for a night of party-hopping across LA. But when he uncovers their bloodthirsty intentions — and their dangerous, shadowy underworld — he must fight to stay alive.”

That is basically 2004’s Collateral, just with vampires added this time around. There are some other familiar notes in the plot, too, including the sort of uneasy truce between humans and vampires that we’ve also seen before — but it’s the Collateral similarities that were pretty striking for me. In that thriller, starring Tom Cruise and Jamie Foxx, a cab driver inadvertently picks up an assassin. He forces the driver to take him to a series of planned hits.

Eventually, Benny is mixed up in a war between vampires and the protectors of the human world. The latter group is led by Benny’s brother, played by Raúl Castillo. “With sunrise fast approaching,” the press material continues, “Benny is forced to choose between fear and temptation if he wants to stay alive and save the City of Angels.”

A chauffeur fights to stay alive after he picks up two mysterious women for a bloodthirsty night of party-hopping across LA.

Reactions from critics and viewers

Unfortunately, critics and audiences haven’t exactly warmed to this movie so far since its release a few days ago.

Over at Rotten Tomatoes, the movie has a middling 49% audience score. The film has an even worse critics score of 35%, based on 31 reviews thus far. Like this review (with a score of 2 out of 4), from RogerEbert.com: “Vampires are treated like one of many cliches in this underwhelming horror-action-comedy that has little charisma of its own.”

One interesting thing to note about this movie involves the music. The soundtrack was conceived so that each LA neighborhood in the film would have its own distinct sound. That’s according to Netflix, which adds that the soundtrack aesthetic was inspired partly by the Grand Theft Auto video games.

Meanwhile, this film also spanned the periods of time before and after COVID.

Night Teeth was shot in New Orleans. At some point, production moved to Los Angeles to finish. Then came the first COVID lockdowns. Those, unfortunately, required a 6-month pause on production. “Going from sharing whiskeys in New Orleans bars to masks, visors and three COVID tests a week in LA was a massive adjustment,” according to Netflix. “But the cast and crew quickly acclimated to the new normal” and had fun along the way.