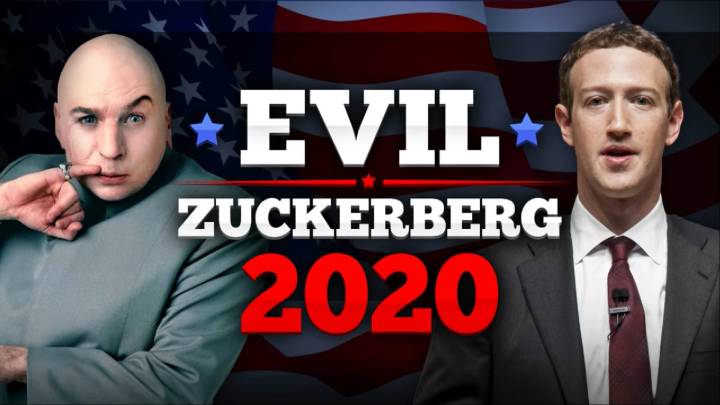 While Jimmy Fallon doesn’t spend nearly as much time talking about politics as his rivals on other networks, he does occasionally dip his toe in with a monologue joke or a sketch. That’s exactly what he did this Wednesday night, when Mike Myers appeared on The Tonight Show as Dr. Evil of Austin Powers fame.

Fallon begins the segment by pointing out that the turnover rate in the Trump administration has made it hard to keep track of who has a job and who has been fired. In fact, it turned out that someone had been fired just moments before the taping of the show, and The Tonight Show was lucky enough to score an exclusive interview with him. The latest casualty of the Trump administration turned out to be Dr. Evil.

In the interview, Dr. Evil reveals that he was all set to be the Secretary of Evil, but that Steve Bannon ended up taking the job. So instead he focused on brainstorming ideas, most notably the wall, which honestly does sound like an idea that Dr. Evil would have had in an Austin Powers movie (though he does put his own twist on it).

Dr. Evil ends the segment by announcing that he will be running for president in 2020 with “the only man who’s more hated right now than Donald Trump,” which is of course the founder and CEO of Facebook, Mark Zuckerberg. Dr. Evil must have been impressed by Facebook’s ability to give up the personal data of 87 million people.