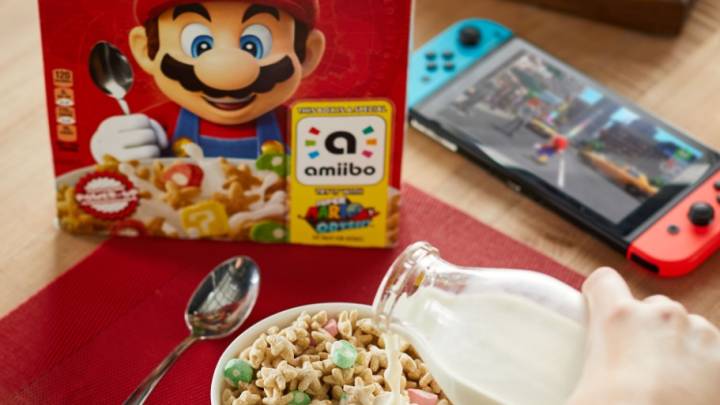 When rumors of a Super Mario breakfast cereal began to spread earlier this week, I was fairly confident that everyone was being punked. Not that a Nintendo-themed foodstuff would be all that surprising (it’s happened before), but I just wasn’t buying it. Then, on Thursday morning, Nintendo published a press release confirming its existence.

Super Mario Cereal, according to the press release, will “take fans on a breakfast odyssey that will continue long after the cereal box is empty.” This might sound like hyperbole, but Nintendo is serious — once you’re done with the cereal, you can use the box as an amiibo with your Switch to receive free items in Super Mario Odyssey.

“This powered-up partnership with Kellogg’s is another exciting way for us to expand the Nintendo brand in unique and creative ways,” said Tom Prata, Nintendo of America’s Senior VP of Strategic Initiatives. “We are always looking for new opportunities to bring smiles to people of all ages, and this is a fun way to kick off the day.”

Considering how huge Mario is at the moment, the fact that Kellogg’s wants to get in on the fun isn’t all that surprising. Sure, Super Mario Cereal is basically Lucky Charms with shapes more commonly seen in the Mushroom Kingdom, but with the built-in amiibo functionality, these boxes are sure to fly off shelves when they begin to hits stores on December 11th. They’ll only be available for a limited time though, so don’t let this opportunity pass you by!