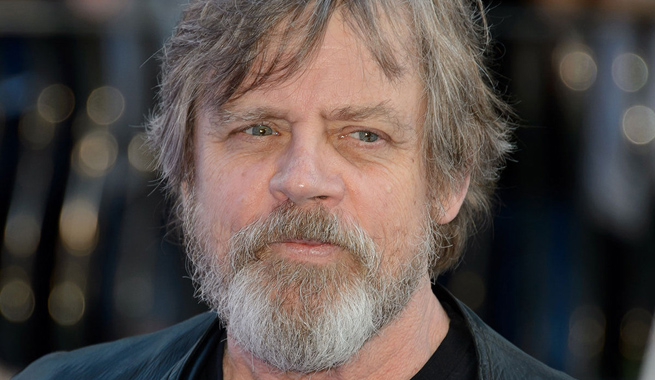 One of the major mysteries surrounding Star Wars: The Force Awakens concerns Luke Skywalker. The protagonist of the original Star Wars saga is nowhere to be seen in Episode VII trailers and TV commercials, and he’s not even on the official poster of the movie. Yet everyone else has dedicated screen time in trailers and poster placement. Mark Hamill said in interviews that he can’t share with us what happens to Luke in The Force Awakens. Director J.J. Abrams also stayed silent on the subject.

However, Luke does appear in the movie and his role is certainly important for the entire story – after all, Princes Leia and Han Solo both appear in Episode VII as well and Hamill has already confirmed that he’s also going to star in Episode VIII.

The actor shared more details about his experience shooting the first episode in the new Star Wars trilogy in a fresh interview with Empire.

“Rest assured, Luke will appear in TFA, although it’s a fair bet that he won’t quite be the innocent farm boy we met back in A New Hope,” Empire writes (via SlashFilm). “‘Obviously you’re seeing him in a very different time in his life,’ says Hamill. ‘There are lots of surprises in this movie. You’re going to love it.’”

It’s believed that The Force Awakens details the search of Luke, who’s apparently spending time by himself somewhere away from everyone else. One of Hamill’s strongest memories related to shooting for the movie seems to further reinforce that thought.

“It reminded me of when I was in Tunisia on the salt flats. If you could get into your own mind and shut out the crew and look at the horizon, you really felt like you were in a galaxy far, far away,” he said. “I had that same wave of emotion happen to me when I was on Skellig Michael in Ireland. I wasn’t anticipating it.”

The Force Awakens opens on December 18th in cinemas across the world, so we can’t help but wonder whether the Star Wars marketing team will reveal anything until then about Luke in upcoming ads and interviews.