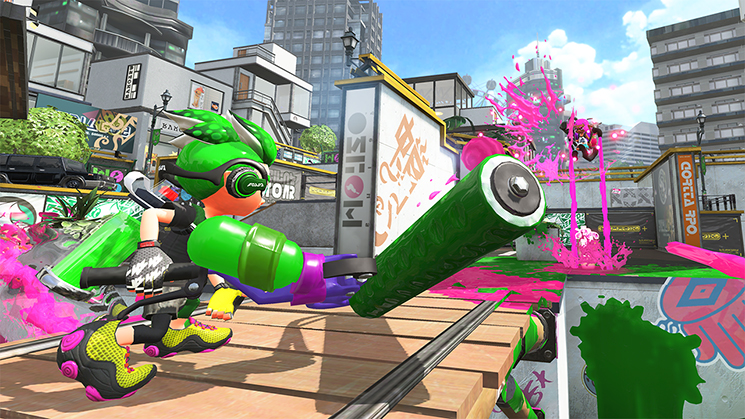 Other than The Legend of Zelda: Breath of the Wild, the launch lineup for the Nintendo Switch is somewhat barren. Skylanders and Just Dance are ports, 1-2 Switch shouldn’t cost $50 and many of the indie titles are several years old. Thankfully, the launch window got a bit of a boost on Sunday when Nintendo announced that a “special demo version” of Splatoon 2 would be available on Switch in March.

Splatoon 2 won’t launch on the Nintendo Switch until this summer, but on the weekend of March 24th – 26th, Switch owners will be able to download a Splatoon 2 demo and participate in a Global Testfire event. Anyone and everyone with a Switch can jump in and play Splatoon 2 online against other players (presumably so that Nintendo can test the servers and the online infrastructure of the Switch before the game actually arrives).

Unlike some beta tests for online games, the Splatoon 2 demo won’t be playable for the entire weekend. Rather, the Global Testfire will be divided into six separate hour-long play sessions, which we’ll list below:

“All indications are that the content for the Global Testfire is similar to what’s being offered on the Nintendo Switch Preview Tour,” Nintendo says. “Players can test four different main weapons, including the new Splat Dualies, as well as remixed versions of the iconic Splat Roller and Splat Charger.”

It’s not much, but it should help tide Switch owners over once they’re done with Zelda.