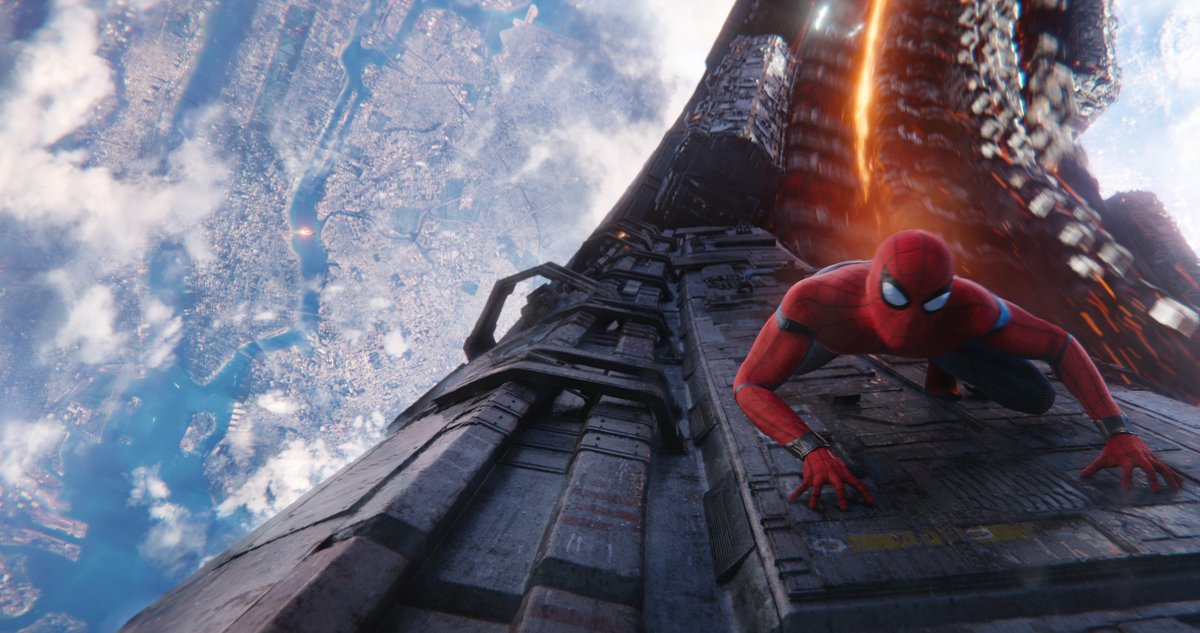 Marvel and Sony will deliver the most exciting Spider-Man story made to date later this year, and that’s only possible because the stars are finally aligned to support this new story. First of all, Spider-Man 3 is part of the MCU, which gives the movie access to a universe that’s far richer than anything Sony did on its own. It’s a universe that grew on the backs of other Marvel heroes rather than the friendly neighborhood superhero. Marvel also benefited from Peter Parker’s arrival, integrating the character perfectly into the well-oiled Avengers machine.

This brings us to the second reason why No Way Home will be so different than what Sony has done in the past, the fantastic Far From Home cliffhanger that dropped during the film’s credits: The world knows who Peter Parker is for the first time ever.

And last but not least, it’ll be exciting because of the worst-kept secret in MCU history so far, a No Way Home spoiler that’s impossible to avoid because everyone is talking about it. Spider-Man 3 will be a multiverse story that will tie together all of Sony’s old Spider-Man films. More importantly, the film will advance one of the MCU’s next significant storylines, the multiverse. Now, a new leak says that the film will also deliver the iconic scene that Spider-Man fans are waiting for. Before you read any further, however, you should know that some spoilers follow below.

Multiverse stories will allow characters to meet their alter egos from different timelines, something we’ve already experienced in Avengers: Endgame. The Cap vs. Cap fight scene is an excellent example of what will be possible in the MCU’s multiverse.

Incidentally, Endgame also told us how characters like Iron Man and Black Widow might come back to life after their heroic deaths. We could get alternate versions like the new Loki and Gamora who were introduced in Endgame. And, of course, we already met an alternate version of an essential MCU character in the same movie. The Thanos who the Avengers battle and defeat in Endgame’s climactic war scene is a villain who reaches Earth from the past of a different timeline. Thor had already killed the main timeline’s Thanos long before then.

Spider-Man 3 will feature three different versions of Spider-Man. There’s the protagonist, Tom Holland’s Peter Parker. He’ll be joined by Tobey Maguire and Andrew Garfield, with both actors reprising their Spider-Man roles from Sony’s Spider-Man films that aren’t part of the MCU. This is the big No Way Home “secret” that Marvel and Sony are desperately trying to conceal, even though there’s plenty of evidence that all three Spider-Men will be in the movie.

The secret might be out, but Spider-Man 3 will still be incredibly exciting. We have no idea what happened in the MCU for the other Spider-Men to spill over in the main timeline and we don’t know how it’ll all be fixed. Of course, it’ll also be amazing to see the three Spider-Man characters meet.

If you’ve been hoping that Marvel and Sony might include that iconic Spider-Man pointing meme in the film, you should know that your wish might come true. That’s according to Andy Signore, who learned that a “real-life version” of the scene has been filmed.

Great art! And yes, I heard, a real life version has been made… First just Tobey and Tom, then with Andrew… we’ll see if it makes the cut! pic.twitter.com/ArMoLthqUe

According to Signore, it’s Tobey and Tom who meet first, with Garfield dropping in later. This is absolutely the Easter egg that we’d expect from a live-action Spider-Man film, and Marvel fans are already going nuts on social media in anticipation of this scene.

The image of two Spider-Men pointing at each other is one of the most recognized memes out there, and it fits perfectly with a multiverse story, even though the two Spider-Men in that image are not both versions of Peter Parker. In the image, one of the two characters is Peter and the other is an impersonator who Spider-Man quickly captures. Here’s the whole story about the scene that inspires memes like this one:

Watching Andrei and Charlie go back and forth is like watching Spider-Man pointing at Spider-Man. #90DayFiance #90DayFianceHappilyEver pic.twitter.com/xIF9rScP6H

Regardless of whether or not the pointing Spider-Men scene is real, No Way Home will probably be the most exciting film of the year when it comes to the overarching MCU story. Spider-Man 3 is set to premiere on December 17th, with a first teaser trailer expected to arrive in the coming weeks.