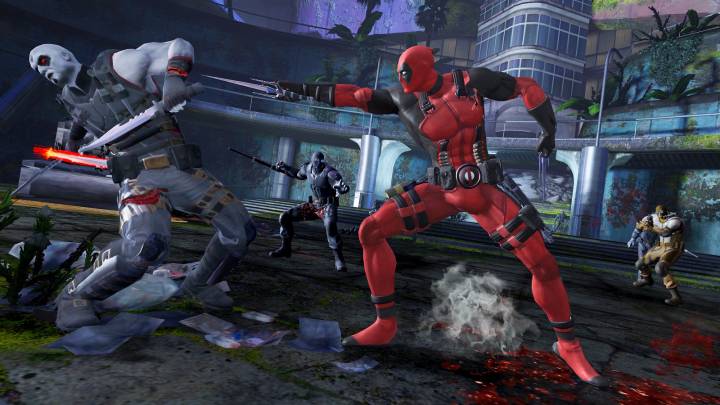 With just days to go before the release of Deadpool 2, Ryan Reynolds and his co-stars are on a media blitz to make sure that everyone goes to see the movie. Reynolds has been appearing on talk shows and giving interviews at press junkets in recent weeks, but perhaps the most interesting appearance of the past week was when the star appeared on Jacksepticeye’s YouTube channel to promote the sequel by playing an old Deadpool video game.

Released in 2013 for PS3, Xbox 360 and PC (and then later re-released for PS4 and Xbox One), Deadpool received middling review scores and failed to make much of an impact. But you’re not here for the game — you’re here to see Ryan Reynolds joke about a video game character’s butt and discuss his new movie.

Thankfully, the game mostly takes a backseat to the discussion (although Reynolds does take the time to compliment Deadpool’s voice actor in the game, the famed Nolan North). We also learn that Reynolds was a bit of a gamer when he was younger, but that his kids take priority now (and he hasn’t played a game since Castlevania).

Reynolds may not know much about the game (other than the name of the voice actor), but it’s fun to watch him pick out the characters from the Marvel comics universe as they appear. If there was ever any doubt that Ryan Reynolds is actually a fan of the character and the original comics, this should put them to rest.

Deadpool 2 hits theaters in the United States on Friday, May 18th.