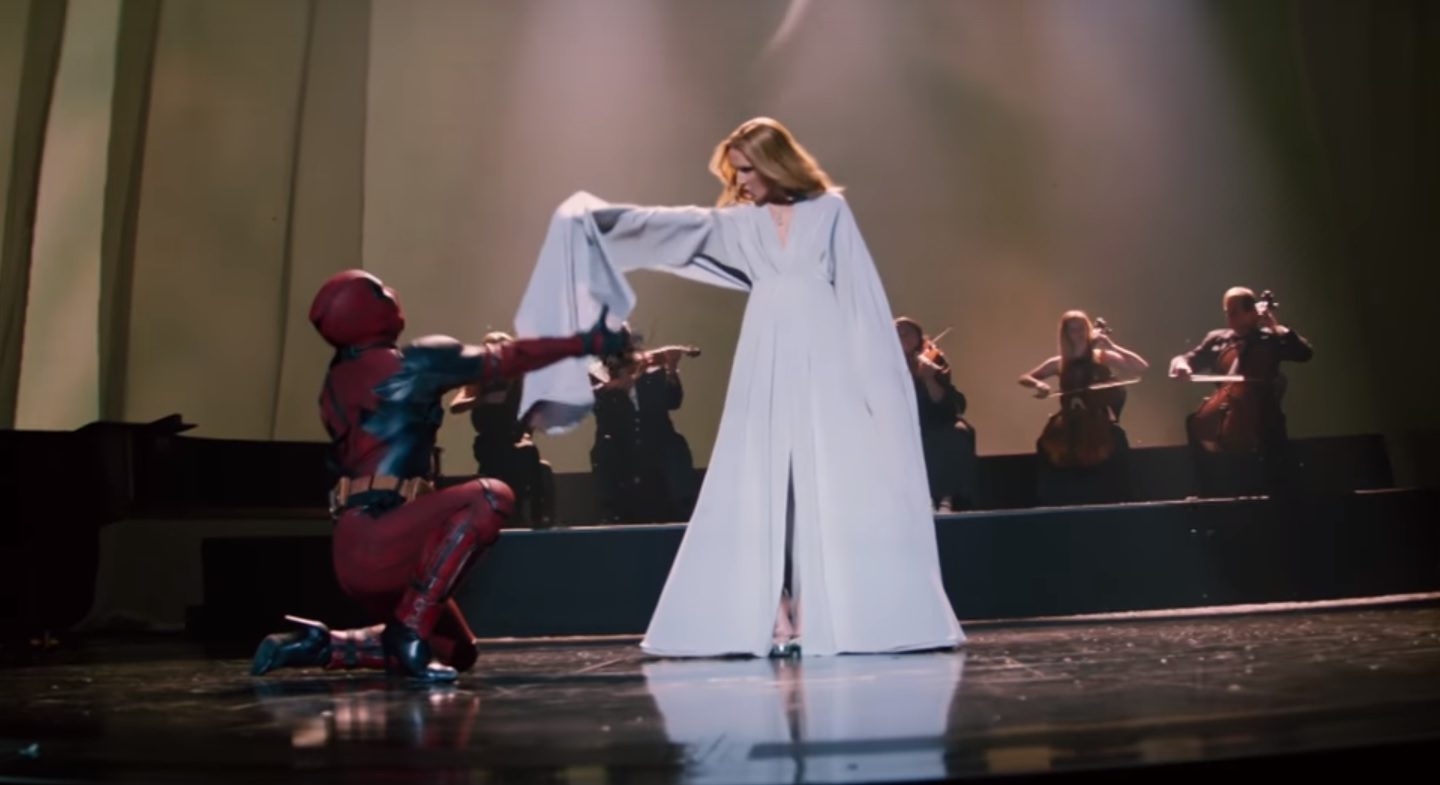 Just when it seemed like the record-breaking success of Avengers: Infinity War might make everyone forget about the fact that there are other movies hitting theaters this summer, Deadpool steals back the spotlight. On Thursday, Celine Dion (yes, that one) shared her latest music video, which just so happens to feature a song called “Ashes” from the official Deadpool 2 Motion Picture Soundtrack. It is as spectacular as you could possibly imagine.

The opening moments are totally inconspicuous, with Dion singing on stage to an empty theater. But then, about 30 seconds in, we see the one and only Deadpool sitting backstage. He eventually joins the Canadian Queen of Pop on stage, dancing along as she belts out the least appropriate song for a superhero movie.

Even if Deadpool 2 turns out to be a disaster (which seems unlikely), at least it brought us this fantastic music video:

What’s so shocking about the song is how genuine it sounds. Without the ridiculous visuals of the music video (and the very funny skit you should stick around for at the end), would you have any idea that this song was recorded for a fourth-wall-breaking comic book movie? Just look at the lyrics in the chorus:

I have no idea why this exists, but I’m very glad that it does. I can’t wait to see where it shows up in the actual movie.