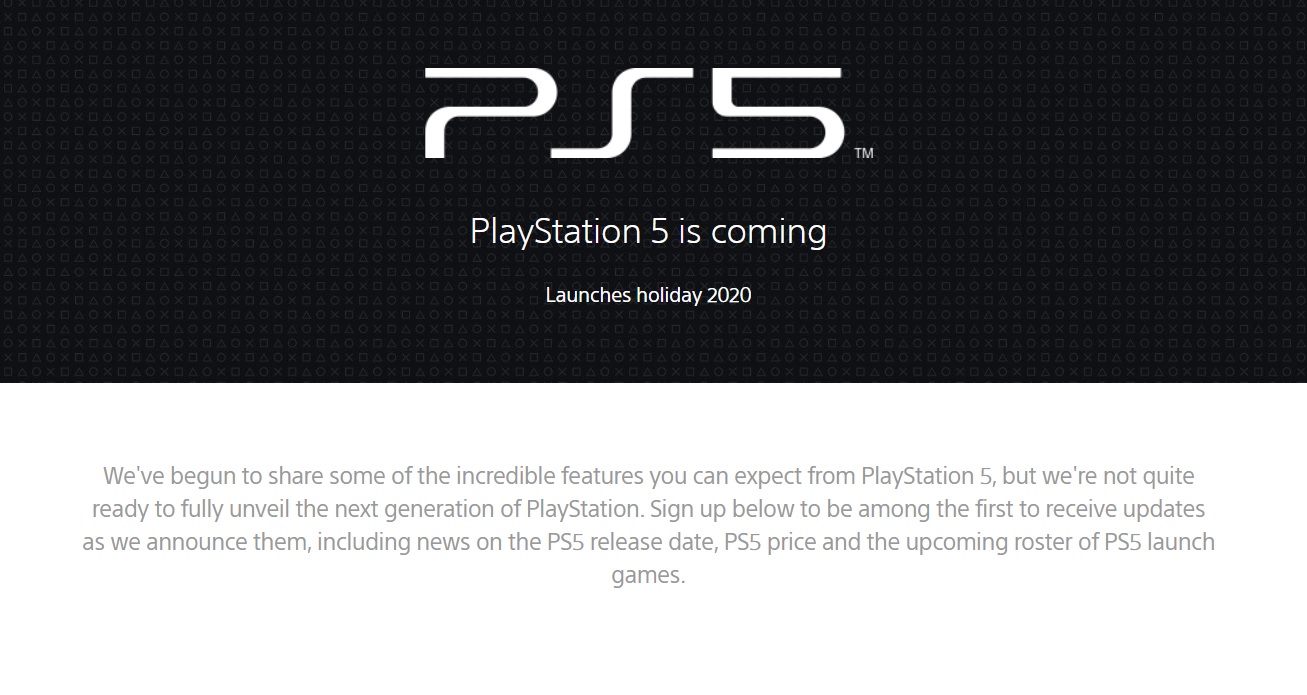 We are all still anxiously awaiting the full reveal of the PlayStation 5, but in the meantime, Sony has quietly launched a new landing page on its website for the next-gen console. The site went live on Tuesday, and while many fans had hoped that Sony would repeat its PS4 launch strategy in 2020 with a PlayStation Meeting to unveil the new console this February, a message on the site seems to suggest the wait isn’t over quite yet.

“We’ve begun to share some of the incredible features you can expect from PlayStation 5, but we’re not quite ready to fully unveil the next generation of PlayStation,” reads a note on the PS5 page which appears to quash any hopes of a reveal event soon. “Sign up below to be among the first to receive updates as we announce them, including news on the PS5 release date, PS5 price and the upcoming roster of PS5 launch games.”

If you choose to enter your email address, you’ll receive updates when Sony is ready to announce more information about the PS5. The timing is interesting, as discussion surrounding the reveal has reached a fever pitch. Seven years ago, Sony took the wraps off of the PS4 during a massive live-streamed event, giving us our first peek at the console, the controller, and some of the games that would be available at launch. This set a precedent that Sony was under no obligation to follow up on in the future, but, unsurprisingly, fans were disappointed when January 31st (the day invites went out for the 2013 event) came and went without a peep from Sony.

The launch of this landing page might have been the extension of an olive branch by Sony, giving fans something to talk about while the actual reveal event is being planned. With the console set to launch this holiday season, we don’t expect Sony to wait too much longer to show it off, but the company is taking a different approach this time. We’re just going to have to be patient… and refresh our inboxes repeatedly.