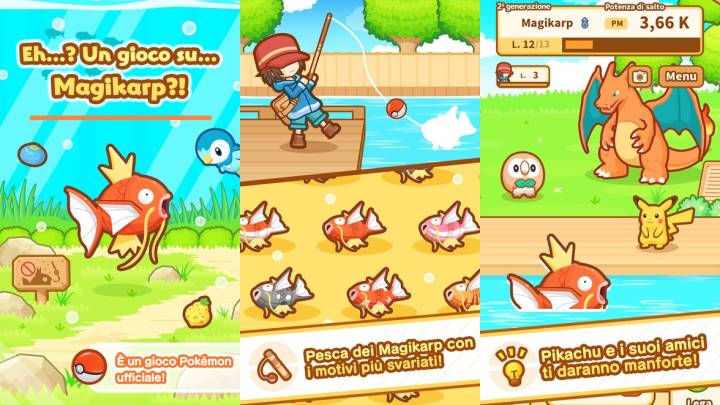 Tired of waiting for the next big Pokemon Go update, but still want some mobile Pokemon action in your life? We have good news. On Wednesday afternoon, a game titled Pokemon: Magikarp Jump soft-launched on the Italian App Store. Anyone with an account on the Italian App Store can download the game and start playing right away, but fair warning: Italian is the only language option.

According to a rough translation of the description on the App Store, Magikarp Jump is basically a pet simulator game in which players catch Magikarp and feed them to make them stronger and boost their abilities. Along the way, players will participate in missions where they can find new Pokemon that will support their Magikarp, such as Pikachu, Charizard and Rowlet.

This is obviously a far cry from Pokemon Go, but as popular as the franchise still is — 21 years after it debuted on the Game Boy — there’s no doubt that there will be an appetite for anything involving the Pocket Monsters. Unfortunately, we have no idea when the game will make its way to the US App Store, but soft launches can last anywhere from a couple of weeks to a few months, so don’t get too excited.

On the other hand, if you simply can’t wait to start catching Magikarp (no matter what language you do it in), CNET has a great guide for creating a foreign App Store account. Developers typically soft-launch apps in New Zealand or Canada, but who knows, maybe Magikarp Jump will start an Italian trend.