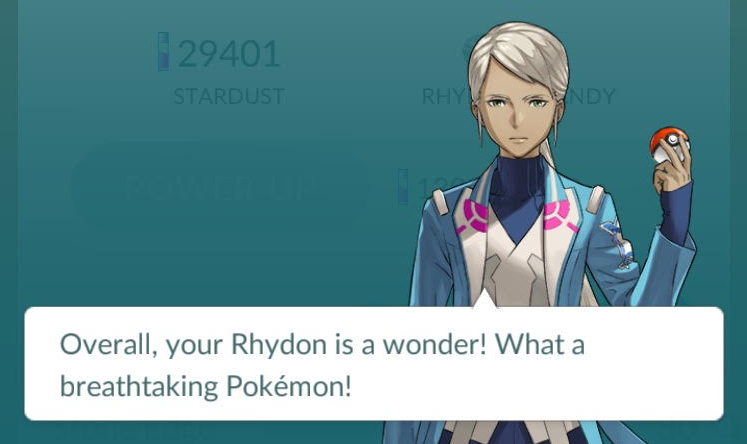 Many of the updates Niantic has released for Pokemon Go over the past month have been to address bugs and server issues, but this week, the developer surprised players with a brand new feature that hadn’t been previously announced.

The new feature, “Appraise,” allows players to ask their respective team leaders about the power level of any Pokemon in their possession.

It’s a neat addition, but unfortunately (like every other feature in the game), it’s poorly explained and nearly impossible to find if you don’t know where to look. We’re going to do our best to walk you through the process.

How to appraise your Pokemon 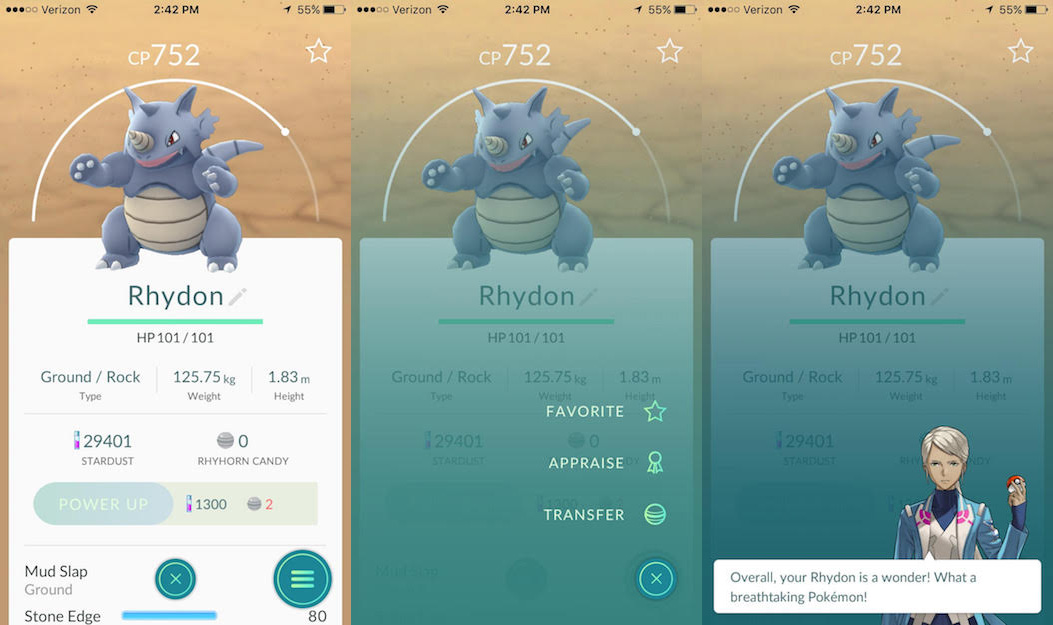 Once you’ve updated your Pokemon Go app to 1.5.0 (iOS)/0.35.0 (Android), you can open the Pokemon menu where all your captured Pokemon can be found. Tap on the Pokemon you want to have appraised, then tap on the circular menu button at the bottom of the screen. You should see three separate options: Favorite, Appraise and Transfer. Click on Appraise.

At this point, your team leader—Blanche, Candela or Spark—will pop up at the bottom of the screen and analyze your Pokemon. Tap on the screen a few times to read everything your team leader has to say, but be sure to take note of what the leader says in the second dialog box, because you’ll need that information later.

So, you’ve appraised your Pokemon, but you have no idea how to actually utilize the information you’ve been given. Here’s where the internet comes in handy. Shortly after the update began rolling out, some clever Pokemon Go players decoded the messages from the team leaders and determined that you can actually gauge the Individual Value (IV) of your Pokemon based on what they say.

Here’s a helpful image from Reddit user ygorwr with every possible answer:

If you want a more precise reading, you can check out the detailed explainer over on Gamepress. But this chart should give you a basic understanding of what your team leader means when they tell you that your Pokemon is “really strong.”