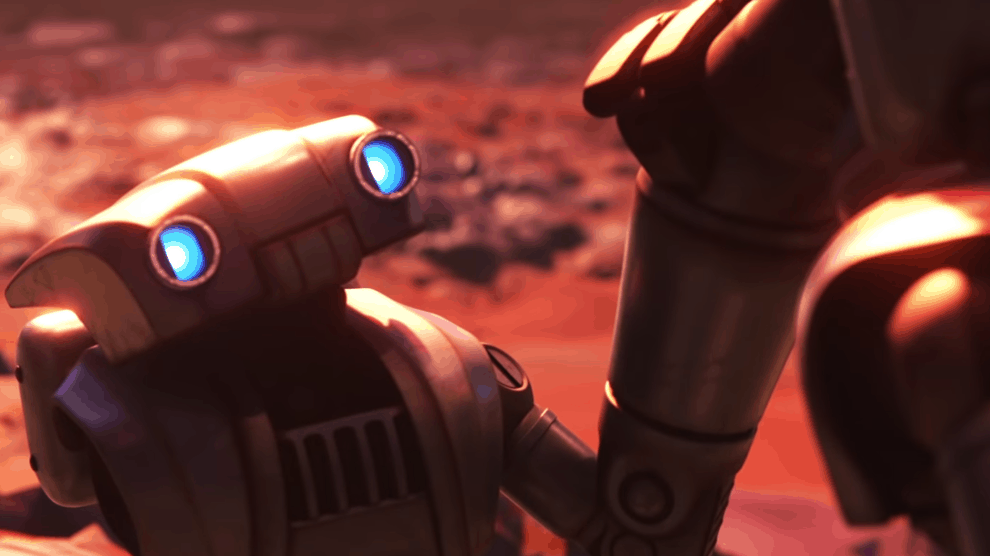 Pixar has released a new short film that’s come out of its SparkShorts animation initiative the company unveiled last month. The initiative being a foundation for independent projects within the company that helps keep its beloved tradition of short films alive, but also brings new animation and directing talent to the fore that might not have otherwise had a chance to work on one of the shorts attached to a Pixar feature.

Through the SparkShorts program, creators get several months and resources to work on a short animated project, and the latest such film to come out of this effort — titled Smash and Grab — is now available to watch on YouTube. And let’s just say, if you loved Wall-E, you’ll definitely want to check out these ridiculously adorable robots performing mindless, factory-like jobs and somehow managing to exude charm and likeability with their beeps and boops, human-like motion and luminescent eyes a la our protagonist from Wall-E.

“After years of toiling away inside the engine room of a towering locomotive,” Pixar’s summary of the short explains, “two antiquated robots will risk everything for freedom and for each other.”

Smash and Grab is actually the second SparkShorts release, following the inaugural short film Purl that starred a cute ball of yarn and which deals with workplace issues and the discomforts that accompany trying to fit in. The animation studio has already laid out the other shorts that are up next, a lineup that can be viewed here — and it’s a series of shorts, we should also note, that’s going to eventually be part of Disney’s upcoming Netflix rival Disney+.

Scroll to the end of one the shorts, to the very end of the credits, and you’ll see a tagline that reads: “More SparkShorts are coming to Disney+ in 2019.”

As far as Smash and Grab specifically, director Brian Larsen explains in this behind-the-scenes interview that he got the idea for it while doing lots of menial, repetitive work on another film project. “It felt like I was doing something over and over again, and I wanted to try something that broke me out of that a little bit,” he says in this clip: