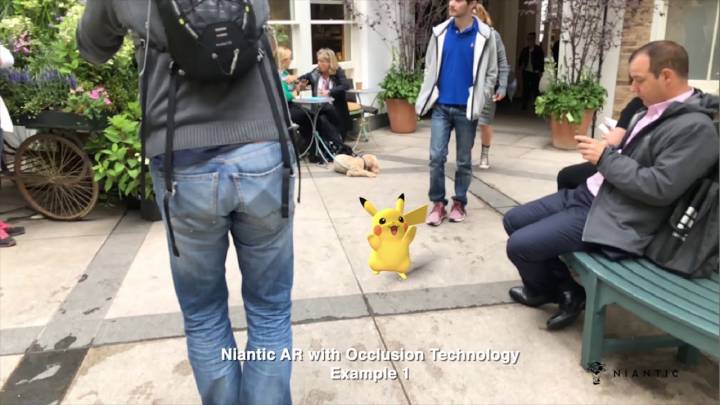 When Pokemon Go launched nearly two years ago, the augmented reality aspect of the game failed to catch on. The concept of seeing Pokemon in the real world was an intriguing one, but it was far easier to turn the AR feature off and not worry about where the wild Pokemon appeared in actual, physical space.

Niantic has made a few modest enhancements over the past 23 months, including the introduction of AR+ mode on iOS devices, but for the first time on Thursday, the developer showed off the future of augmented reality gaming, and whether or not you have any interest in AR or not, you’re going to want to see this in action.

“Today, we are offering a preview of the technology we have been developing: the Niantic Real World Platform,” said Niantic CEO John Hanke in an expansive blog post this Thursday. “This is the first time we’ve given an update of this nature publicly, and I’m confident it will provide a sense of how committed we are to the future of AR, and to furthering the type of experiences we have pioneered.”

In order to grow its AR mapping and computer vision efforts, Niantic has made several strategic acquisition, including Escher Reality (announced in February), and Matrix Mill (announced today). Niantic says the Real World Platform will advance the way computers see the world, moving the focus from cars and roads to humans. AR technology needs to resolve the smallest of details accurately, but also very quickly, which you can see in the demo below:

As you can see, Pikachu is able to actively avoid objects and people in the environment, even as those objects are in motion and the individual holding the camera moves around. It’s only a proof-of-concept, but you can see how much more compelling an AR mode would be if the technology could support advanced detection.

Don’t expect a release date for this impressive AR technology anytime soon, or a surprise Pokemon Go update later this summer, but Niantic says “a handful of third party developers” will begin working with the tools this year.